Warrier picked four wickets for 30 runs with quality support from Thampi who accounted for five wickets while conceding just 30 runs. 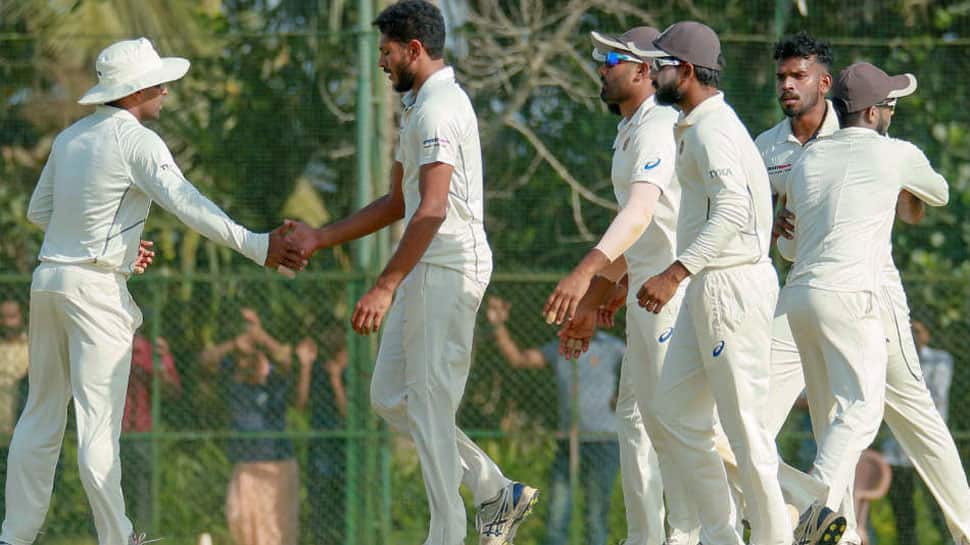 Fast-bowlers Sandeep Warrier and Basil Thampi delivered excellent performances, to help Kerala enter the semifinals of the Ranji Trophy for the first time, following their 113-run win against Gujarat.

Warrier picked four wickets for 30 runs with quality support from Thampi who accounted for five wickets while conceding just 30 runs. This played a key role in the outfit bowling out for their opponents for just 81, after being handed a target of 195.

Gujarat got off to a poor start, with openers Priyank Panchal and Kathan Patel, dismissed cheaply in the same over. Experienced campaigner Parthiv Patel who had delivered match-winning performances for his side on several instances in the past, failed to deliver more of the same, after being dismissed for 0, following a direct hit.

Rahul Shah and Dhruv Raval attempted to stitch a much-needed 39-run partnership for the fifth wicket, before the latter was dismissed following an excellent delivery by Basil Thampi. There was no further resistance from Gujarat after this stage, as Kerala registered an excellent performance to script history in the domestic tournament.

Watch: MS Dhoni in fine touch during net practice ahead of series decider against Australia