Ravindra Jadeja's presence at the other end helped me bat differently: Rishabh Pant

Pant, who became the first Indian keeper on Australian soil to hit a hundred, added 204 runs with Jadeja (81 no) for the seventh wicket to almost bat the home team out of the contest. 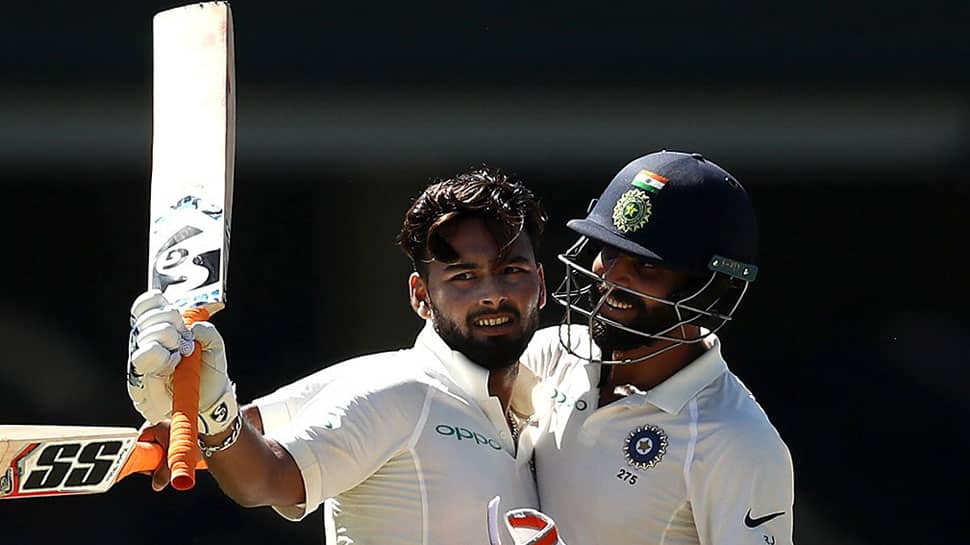 Rishabh Pant felt the 'nervous 90's syndrome' on Friday but said that Ravindra Jadeja's presence at the other end helped him play with freedom unlike previous Test matches, when the young keeper had to bat with the tail.

Pant, who became the first Indian keeper on Australian soil to hit a hundred, added 204 runs with Jadeja (81 no) for the seventh wicket to almost bat the home team out of the contest.

"If I am batting with the tail, I have to think differently because most of the time, I have to score the runs. But when you are batting with a batsman, that's a different thing. You have seen it today," Pant said on his superb 159 off 189 balls.

He has been given complete "freedom to express himself" by the team management and that has helped his batting.

"The best part of my batting is that everyone in the team has given me freedom to express myself. Every time when I go to bat, I just enjoy myself, that's the only thing I love to do," said Pant.

He admitted that getting out on 90's against West Indies did work on his mind. "To be honest, I was a little nervous, because in India when we were playing West Indies, in the last two innings, I got out on 92 and 92. So I was scared slightly but I got through that phase quickly," Pant said.

The obvious question about comparison between his hundred against England at the Oval and the one at the SCG was asked.

"Every hundred I score in international cricket is special for me because I have just started my career. But the main thing is that I don't think about hundreds. I just always think about only one thing - what the team needs from me. That's the only goal I have."

The youngster said that he is learning new things about his game everyday and the process of improvement will continue till he is playing the sport.

Pant dropped a sitter given by Usman Khawaja off Mohammed Shami's bowling but he wants to remain positive rather being disappointed.