Rishabh Pant is an asset for Team India: Shikhar Dhawan

Pant, recently adjudged the ICC's Emerging Cricket of the Year, returns to the side for the T20Is against New Zealand starting on Wednesday. 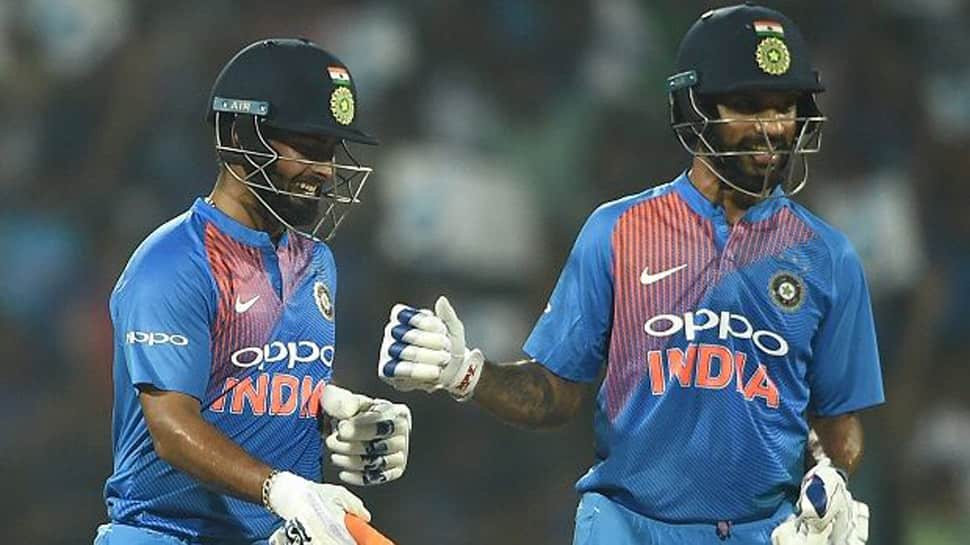 Senior Indian opener Shikhar Dhawan on Tuesday said that rising wicketkeeper-batsman Rishabh Pant has become an asset for the team due to his ability to change the course of a game in no time.

Pant, recently adjudged the ICC's Emerging Cricket of the Year, returns to the side for the T20Is against New Zealand starting on Wednesday, after being left out of the ODIs which India won 4-1.

The 21-year-old is being seen as a successor to Mahendra Singh Dhoni behind the stumps and has already proved his worth as a batsman with stellar performances in England and Australia.

On the eve of the first T20I against the Black Caps, Dhawan had words of encouragement for the youngster.

"He is an aggressive batsman, an asset for the team, can take away games from opposition in a very short span of time. I hope he grabs this opportunity (in T20s) with both hands," said Dhawan.

On the three-match assignment against the Kiwis, Dhawan said that it was important to end the tour on a high and carry that momentum into the home limited-overs series against Australia later this month.

The series comes as an opportunity for the youngsters to grab their spots in the team.

Also, it could lead to some much-needed rest for the seniors including Dhawan and skipper Rohit Sharma, as coach Ravi Shastri hinted after the fifth ODI.

"We too are humans and our bodies need a bit of rest. Of course, we would be looking to win the series and carry the momentum back home for the Australia series," said Dhawan adding to his address on the eve of the game.

After this series, India host Australia for two T20Is and five ODIs starting February 24 in Visakhapatnam.

Dhawan was not among the runs in the last three ODIs of the five-match series and was caught at third man off a rising ball in the final ODI at Wellington.

Ahead of the opening T20, the southpaw was seen practicing with a tennis ball to counter the bounce and swing that troubled the top-order batsmen in the fianl two ODIs.

"I do tennis ball drills mostly for bouncers, for my muscle memory as well. I feel, if I keep hitting the same shot, I get better at it. When facing bowlers or throw downs, it is not possible to feed the ball in one place at all times, therefore, tennis ball practice comes in handy," the Indian opener said.

But after you go back to facing the leather ball, it feels someone is throwing stones at you. Today while we were doing the tennis ball drill, we were also doing it to counter swing," he continued.

Speaking about his aggressive approach during powerplays, Dhawan said, "It is a change of mindset (more aggressive in power play) and also depends on wicket. I have got a lot of shots and it goes in my favour."

Speaking on the relevance of a T20I series ahead of the 50-over World Cup in May-July, Dhawan said, "I think five ODIs were enough. It is good that we play T20s in the end. We are happy with the way things have gone so far."