Rishabh Pant isn't able to succeed at No.4, should drop down the order: VVS Laxman

Pant was dismissed cheaply for four and 19 in the second and third T20Is against South Africa as the three-match series ended in a 1-1 draw. 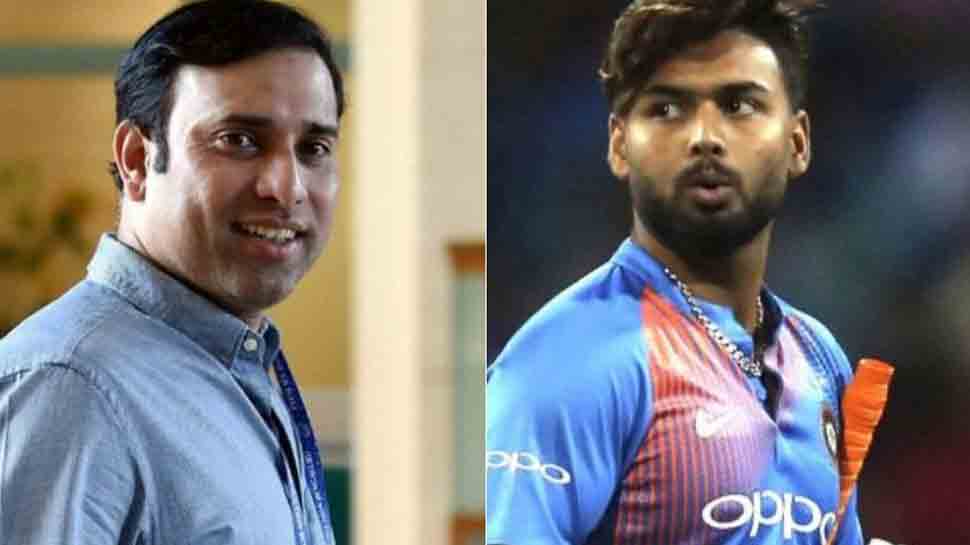 After Rishabh Pant failed to click with the bat in the recently-concluded T20I series against South Africa, former Indian batsman VVS Laxman has said that the wicketkeeper-batsman is not able to succeed at the number four position and that he should be moved lower down the batting order in order to garner results.

Pant was dismissed cheaply for four and 19 in the second and third T20Is against South Africa as the three-match series ended in a 1-1 draw after the Men in Blue squandered the lead with a nine-wicket defeat at the M.Chinnaswamy Stadium in Bengaluru.

Laxman said that though Pant tasted success while batting at number four for Team Delhi in the Indian Premier League (IPL), he is failing to replicate the same performance at the international stage.

"The nature of Rishabh Pant's batting is that he plays aggressive shots. The success came for him in Delhi Capitals during IPL, playing at No. 4 with an average strike rate of 45 but unfortunately at the international level he is not able to succeed at the number four position," Laxman told during a show on Star Sports as reported by IANS.

The former Indian cricketer further admitted that Pant is trying his best to add different dimensions to his game by rotating the strike, but he is not just able to gain results playing at number four.

“He is trying to evolve and trying to add different dimensions to his game by rotating the strike that we saw in the previous match but unfortunately, his shot selection at the start of the innings has not been great. There are other people to bat at number 4 like Hardik Pandya and Shreyas Iyer who are experienced and could play at that spot,” he said.

Laxman also called on the Indian selectors to play Pant at number 5th or 6th position so that he could express himself more freely at the international stage.

"He also has a lot of pressure as he is taking the place of MS Dhoni, who has done a lot for Indian cricket. To get his confidence back the team management needs to let him go bat at number 5 or 6 and express himself,” he said.

It will now be seen at what position the Virat Kohli-led side will play Pant when India head into the three-match Test series against South Africa, beginning October 2 at ACA-VDCA Cricket Stadium in Visakhapatnam.

Shahid Afridi to play for Qalanders at 2019 T10 League