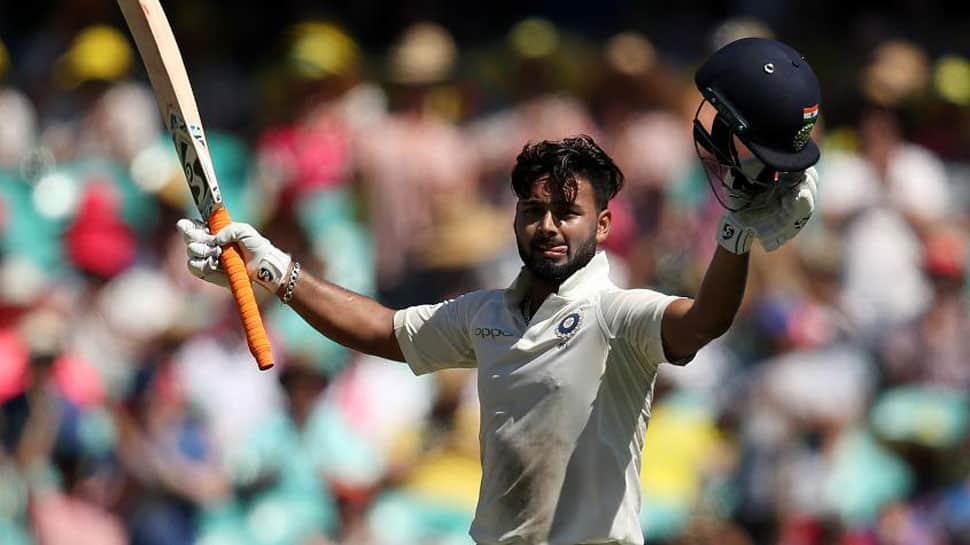 Left-handed Pant produced some fine knocks during the voting period that ran from January 1 to December 31, 2018 and getting off the mark in Test cricket with a six only highlighted his potential. He scored 537 runs, including a century and two fifties in eight Tests he played. Meanwhile, Pant also grabbed 40 catches and two stumpings.

En route to the same, Pant also became the first wicket-keeper of the country to bring up a Test century in England besides also levelling the record for the most catches taken in the longest format of the game with 11 against Australia in Adelaide.

Pant also became the first-ever Indian wicketkeeper to smash a Test century Down Under.

Congratulations to @RishabPant777, the ICC Men’s Emerging Cricketer of the Year 2018!

He became the first Indian wicket-keeper to score a Test century in England, and equalled the record for the most catches taken in a Test, with 11 in Adelaide in December.#ICCAwards  pic.twitter.com/s5yQBuwWlv

Meanwhile, Australian ODI captain and opener Aaron Finch has won the ICC Men’s T20I Performance of the Year award for the second time after his world record 172 against Zimbabwe in Harare last July.

Finch was an easy winner of the T20I award after breaking the world record for the highest score for the second time. The 32-year-old had struck 16 boundaries and 10 sixes during that 76-ball knock to eclipse his own record of 156 against England in Southampton, which had won him the same award for the year 2013-14. The knock in Harare was the second highest in all T20 cricket and his 26 boundary hits the most in a T20I innings.

Remembering the knock, Finch said, “It was just one of those days that things seemed to go my way, so it was nice to break my own record and get a 172. After I got a hundred and I started to middle consistently, that is when I knew it was going to be a big one. It all happened pretty quick.”

balls
fours
sixes
runs!@AaronFinch5's record-breaking innings against Zimbabwe in Harare is the ICC Men's T20I Performance of the Year 2018!

The year 2018 in Associate cricket belonged to Scotland whose stunning six-wicket victory over England in June cemented the biggest win in their history. Other highlights also included a very impressive campaign at the ICC Cricket World Cup Qualifier (CWCQ), narrowly missing out on qualification as well as winning the Euro T20 series against Netherlands and Ireland without losing a match.

Calum MacLeod’s imperious 157 not against Afghanistan at Bulawayo at the CWCQ and his match-winning 140 not out against England were two of international cricket’s most impressive batting displays of the year. The ICC Voting Academy clearly agreed with MacLeod receiving the second highest number of votes across all the individual awards.

Ecstatic to receive the award, MacLeod said, “It is a huge honour to win the ICC Associate Player of the Year award. It has been a really special year for me personally. I thank the ICC, Cricket Scotland, my team-mates and all the fans to making it a year I won’t forget.”

His two ODI centuries of 2018 fired @CricketScotland to victory against Afghanistan at #CWCQ and a famous win against England at The Grange in June.@calummacleod640 is the ICC Associate Cricketer of the Year 2018!

The Spirit of Cricket Award is nominated by ICC Match Officials with the ICC CEO selecting the winner. Kane Williamson was nominated for his continued commitment to playing the game in the right spirit and as a role model to the whole sport.

“We are all ambassadors of this game, so playing in the right spirit, those sorts of characteristics are really important even at the highest level. It is a nice award. It is important for us as a group that we keep looking to do better in all areas, and one of those areas is to continue playing the game in the right way, as how we see it being right," Williamson said.

The ICC Spirit of Cricket Award 2018 goes to Kane Williamson, for continuing to be a shining role model of how our game should be played, his behaviour setting an outstanding example on and off the field

Meanwhile, Kumar Dharmasena was voted as Umpire of the Year by international captains and ICC Match Referees, winning the David Shepherd Trophy for the second time.

Dharmasena hoped this award would inspire other Sri Lanka officials.

“It has been a very satisfying year for me and this award from the ICC is a great honour and privilege. This comes six years after I was first named for the award and will inspire me to keep doing the job I love so much. I have always been passionate about cricket, both as a player and an umpire and look forward to keep working hard and challenging myself in order to meet the demands of this great game," he said.

“I would like to thank my wife for being the strength behind my achievements and also my kids for their support and understanding. I would like to thank Mr. Peter Manuel, my coach, for his guidance from the start of my umpiring career, together with all the other coaches from ICC and Sri Lanka Cricket. I take this opportunity to thank all my fellow colleagues for all the encouragement and support over the years, without which this would not have been possible," Dharmasena added.

Congratulations to @dharmasena_k who wins the David Shepherd Trophy for the ICC Umpire of the Year 2018!

It is the second time he has received the prize, first picking up the award in 2012.

Meanwhile, India winning the ICC U-19 World Cup in New Zealand has been voted as the Fans’ Moment of the Year with 48 per cent of the votes. Afghanistan’s miracle comeback at the ICC Cricket World Cup Qualifier came in second with 36 per cent votes.