When Rishabh Pant was asked about his antics while performing his duty from behind the stumps by renowned commentator Harsha Bhogle, the wicket-keeper came up with a hilarious response, leaving everyone in splits. 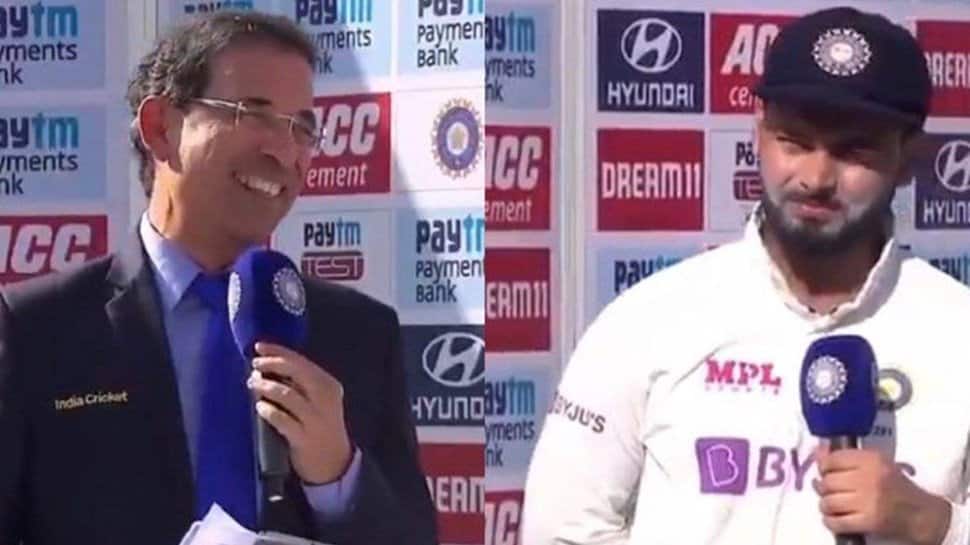 Rishabh Pant's chatter behind the stumps has often been hailed by his fans on social media but when the 23-year-old was asked about it he had a unique response to it. Pant, who played a sensational 101-run innings in the fourth and final Test against England in Ahmedabad, which India won by an innings and 25 runs, saw him clinch the Man of the Match honours.

During the post-mast presentation ceremony, when Pant was asked about his antics while performing his duty from behind the stumps by renowned commentator Harsha Bhogle, the wicket-keeper came up with a hilarious response, leaving everyone in splits.

Bhogle pointed out to Pant that his chatter has created a buzz online and fans only want to listen him and not the commentators on-air, to which the 23-year-old in Hindi said: "Ab yeh mera compliment hai ya aapko thoda problem ho raha hai, toh improve karo aap log bhi. (If this is a compliment for me and it's creating a problem for you, then you guys should also look to improve)."

The 23-year-old has earned praises over the last few months for his antics, which ranges from singing songs to calling the bowlers by hilarious nicknames.

Meanwhile, in the fourth Test against England, Pant completed his third Test ton and found great support from Washington Sundar. The pair added 113 runs for the seventh wicket.

After Pant's dismissal, Sundar continued his fine show before he was left stranded at 96 as India lost the remaining three wickets in the span of five deliveries.

Want to be best version of myself and leave my own legacy: R Ashwin