Rohit Sharma is in the process of rewriting the record books but the India opener insists he will not be satisfied unless he lifts the ICC Men’s Cricket World Cup at Lord’s next Sunday. 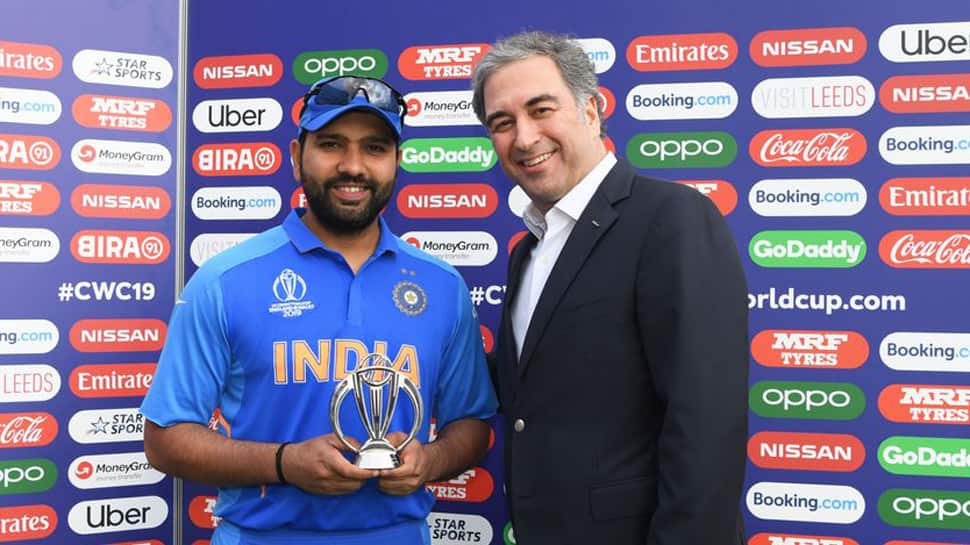 Rohit Sharma is in the process of rewriting the record books but the India opener insists he will not be satisfied unless he lifts the ICC Men’s Cricket World Cup at Lord’s next Sunday.

Sharma notched a fifth century of the tournament in a seven-wicket victory over Sri Lanka, moving clear of Kumar Sangakkara for the most in a single edition.

That also took him to six in total in World Cups, level with Sachin Tendulkar for the most ever.

However Sharma is adamant that his focus is not on records or legends, but instead to be part of the third Indian team to lift the ICC Men’s Cricket World Cup.

He was quoted by ICC media as saying: “I'm not here for records. I'm here to play cricket. I'm here to play and score runs and lift the cup. That is what I'm here for. I'm not looking at all those things at all, honestly.”

Asked if he would consider these five centuries the highlight of his career, Sharma answered: “No, not yet. If we win the World Cup then probably I would.

“If not, then I can't, because eventually winning the cup – winning the game is important, no matter how many runs you score or how many wickets you take.

“For us, as cricketers, it's important to get the job done, because we all have been looking forward to this World Cup, which comes every four years. You have to wait four years for this.

“Eventually the job for us is to go and win the finals and the semi-finals before that. But as long as that is not accomplished, no matter how many runs you score in the tournament or how many hundreds you get, you won't feel satisfied.”

Sharma missed out on India’s success in 2011, but while he admitted that it stung at the time, he has put the disappointment behind him.

The focus instead is on the present, and the way India successfully chased 264, with 103 from Sharma and 111 from opening partner KL Rahul, was impressive.

It was their first successful chase since their opening victory over South Africa, and Sharma believes the victory puts India in a good position ahead of the semi-finals.

He added: “I think it was important because we want to cover all our bases, tick all the boxes before the semis come.

“Basically it's a knockout for us, so we wouldn't be able to afford mistakes on that particular day.

“So ticking boxes was very, very important. I think we batted well when we were put in. We scored a good amount of runs.