Indian opener Rohit Sharma on Friday publicly expressed his disappointment over the controversial dismissal which saw him walk back to the pavilion for a ball 18 during the game against West Indies at Old Trafford on Thursday. 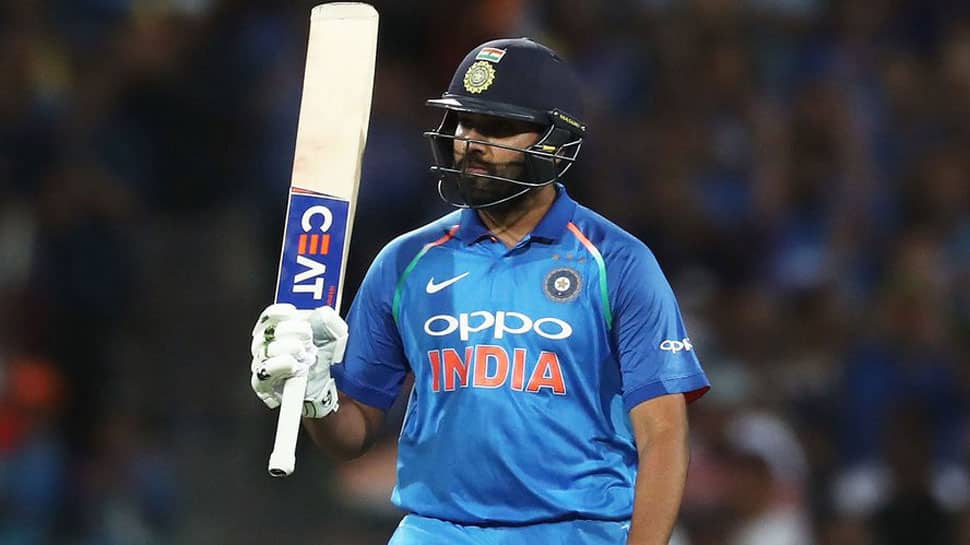 New Delhi: Indian opener Rohit Sharma on Friday publicly expressed his disappointment over the controversial dismissal which saw him walk back to the pavilion for a ball 18 during the game against West Indies at Old Trafford on Thursday.

Rohit posted a picture on Twitter which suggested that there was gap between bat and pad and that the ball actually hit his pad before landing into the gloves of Shai Hope.

The 32-year-old was looking in good touch during the course of the Indian innings when a Kemar Roach delivery pitched on good length and jagged back sharply, kissing what the Windies thought was the inside edge of Rohit's bat.

The on-field umpire turned down the appeal, but Jason Holder and boys decided to review it. Third umpire Michael Gough overturned the umpire's decision and Rohit was adjudged to have nicked the ball as he left a gap between bad and pad, with Roach and the Windies celebrating. The Snickometer did show a spike, but it was clearly a decision that could have gone either ways.

The verdict had left Rohit flabbergasted as he walked off shaking his head. It was also because of the fact that the right-handed batsman had not been able to contribute much in the last two innings.

Many former cricketers and fans had also lashed out at the third umpire, saying he made his decision in a haste. One of the Indian fans even edited the Wikipedia page of Gough and used abuses for him. The page was, however, later restored to its original form without the mention of Rohit's dismissal.