India have defeated Bangladesh in their last eight T20Is and the Men In Blue will try to continue their unbeaten streak in Delhi. 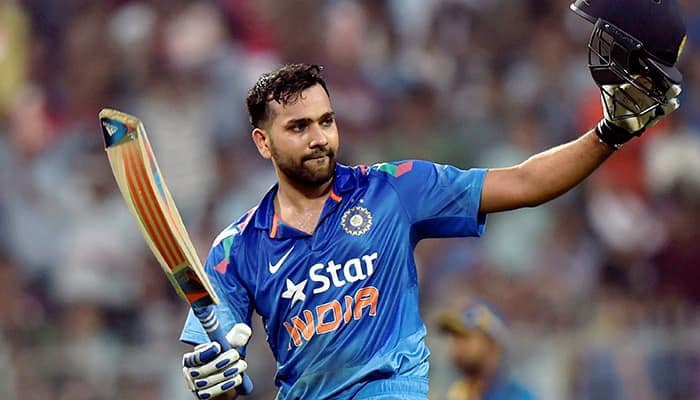 Team India will put their best forward on Sunday to continue their winning momentum against Bangladesh in T20 internationals when they clash with the visitors at Delhi's Arun Jaitley Stadium.

India have defeated Bangladesh in their last eight T20Is and the Men In Blue will try to continue their unbeaten streak in Delhi. Meanwhile, stand-in skipper Rohit Sharma is on the verge of achieving a massive feat in his career on Sunday as he is set to become the most capped Indian in T20I during the match against Bangladesh.

Rohit has represented India in 98 T20Is since making his debut at 2007 World T20 and is set to race ahead of Dhoni’s tally of 98 T20Is. Sharma, however, will remain on the third place behind Pakistan’s Shoaib Malik (111) and Shahid Afridi (99).

Rohit is also expected to smash Virat Kohli’s record for most runs scored in T20I cricket as he is just seven runs behind Kohli’s tally in T20Is. It may be recalled that Rohit was the captain of Tema India during Asia Cup in 2019 when Kohli was rested.

Addressing a press conference on Saturday, Rohit said that his job as a captain is very simple and he is focused on taking the team forward from where it has been left by regular captain Virat Kohli. “What I have done at the limited opportunities that I have got is to maintain what Virat has done previously with the team. I am just trying to carry that forward," he added.