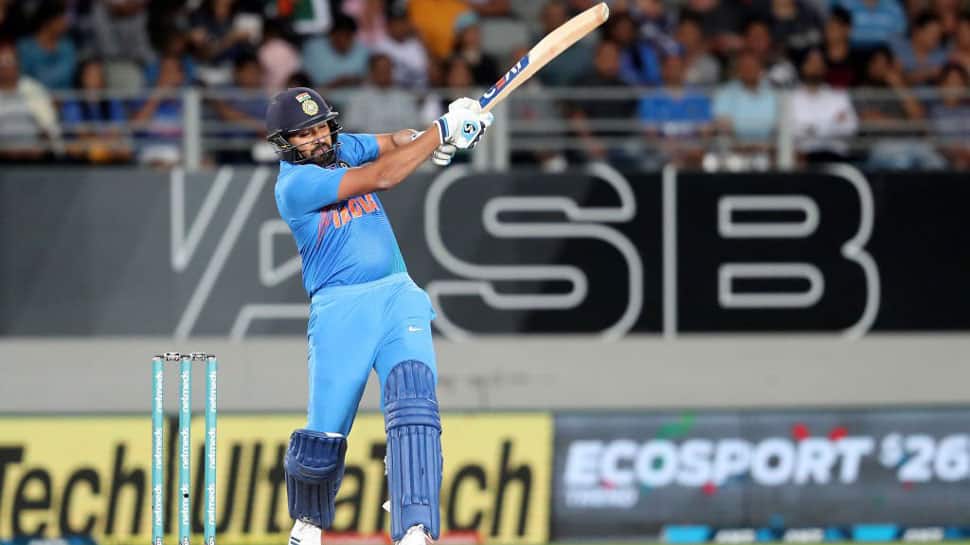 Indian opener Rohit Sharma became the leading run-scorer in T20Is on Friday when he scored 35 runs against New Zealand during the second T20I at Eden Park, Auckland.

He surpassed New Zealand batsman Martin Guptill who was previously leading the run-scoring charts, having scored 2272 runs at an excellent average of 33.91 in 76 matches, with two centuries and fourteen half-centuries in the kitty.

He is now the leading run scorer in T20Is #NZvIND pic.twitter.com/RymkYwUwx0

Sharma who has been in great form recently, trailed Guptill by 35 runs, having accumulated 2238 runs at an average of 32.43 in 91 matches with four centuries and fifteen half-centuries in the T20 format.

The 31-year-old Indian opener became the third batsman to hit 100 sixes in T20 Internationals, joining Guptill and Windies cricketer Chris Gayle. Not only this, he also surpassed Virat Kohli to become the cricketer with the highest number of 50+ scores in T20Is.

Sharma kicked off the series against New Zealand on the third spot in the run-scoring tally for T20 Internationals. The opener managed to score just 1 runs off 5 deliveries during the first T20I at Westpac Stadium, Wellington before making amends in the second T20I at Auckland.