India, who are currently standing at the second spot in the ICC World Cup 2019 Points Table, will now take on hosts England Edgbaston in Birmingham on Sunday. 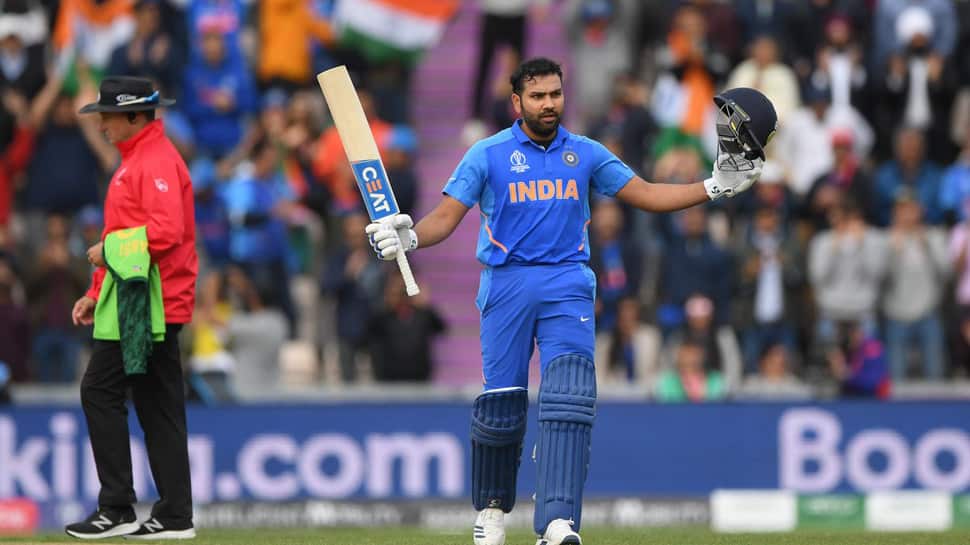 Indian opener Rohit Sharma, who was looking in fine touch at the crease, was left disappointed after being apparently caught behind the wicket during his side's 2019 International Cricket Council (ICC) World Cup clash against the West Indies at Old Trafford in Manchester on Thursday.

After India won the toss and opted to bat first, the 32-year-old was comfortably batting on 18 when an in-swinging delivery from Kemar Roach beat him and the ball was taken by Shai Hope behind the wicket.

On-field umpire Richard Illingworth gave him not out, but the West Indies players opted for a review as they felt Rohit had got an inside edge of the bat and the ball went straight to the wicketkeeper.

The snicko showed a spike when the ball passed between the bat and pad, but it was unclear whether the ball hit the bat or the Indian opener's pad. Subsequently, TV umpire Michael Gough overturned the on-field umpire's decision and declared Rohit out.

Later, Rohit also took to his official Twitter handle to share the picture of his controversial dismissal as if he was suggesting that there was a clear gap between bat and ball.

Rohit's bizarre dismissal embarked controversy on social media, with many arguing that even after seeing the replay from every angle, there was no clear evidence to overturn the on-field umpire's decision.

Despite Rohit's departure, India rode on skipper Virat Kohli (72) and wicketkeeper-batsman Mahendra Singh Dhoni's (56) half-centuries to post a competitive total of 268 for seven. Besides the duo, KL Rahul and Hardik Pandya also contributed with crucial knocks of 48 and 46, respectively.

While defending the target, Mohammad Shami once again scalped a four-wicket haul while Yuzvendra Chahal (two for 39), Jasprit Bumrah (two for nine), Kuldeep Yadav (one for 35) and Hardik Pandya (one for 28) all chipped in with the ball to help the Men in Blue bundle West Indies out for 143 and seal a crushing 125-run victory.

India, who are currently standing at the second spot in the ICC World Cup 2019 Points Table, will now take on hosts England Edgbaston in Birmingham on Sunday.