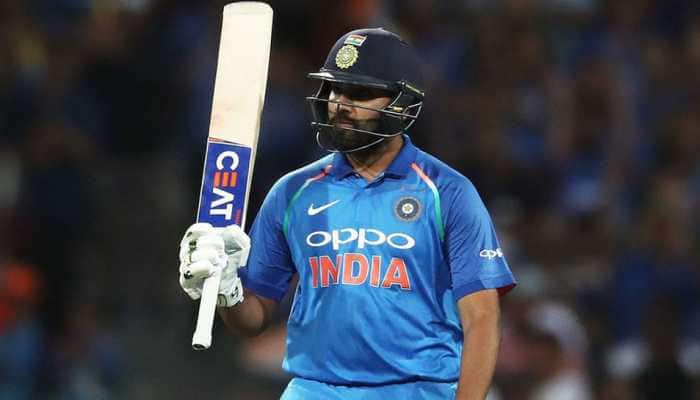 Indian stand-in captain Rohit Sharma on Sunday said that his team will return home with lots of positives despite a "disappointing" 1-2 defeat in the three-match T20I series.

A first-ever T20I series win would have been an icing on the cake but the hosts held their nerves to pull off a thrilling four-run victory on Sunday.

"Disappointing to not cross the line but we fought well right till the end. 210 odd (213 target) was always going to be tough, but we were in it till the end. They held their nerve and kept hitting their yorkers," said Rohit at the post-match presentation.

"Still lot of positives, we started well with the ODIs, wanted to do well here but the boys throughout the tour were excellent, put in a lot of hard work. They will be disappointed tonight but we've to learn from the mistakes we made and move ahead," he added.

India will next host Australia for two T20s and five-match ODI series, starting in Vizag on February 24.

New Zealand captain Kane Williamson said that his team would take a lot of confidence from the T20 triumph against India into the home series against Bangladesh.

"Brilliant high-scoring game, a great advertisement for T20 cricket. The first performance was our best, there were learnings in the second game. Both teams put in strong performances tonight, we did slightly better," said Williamson.

Opener and man of the match Colin Munro said it was anybody's game with India needing 16 off the final over.

"It was touch and go there until the final minute. India - you get one good batsman, another one comes along. The boys did a really good job of finishing off the really good Indian batsmen," said Munro.

On his 72 off 40 balls, he added: "I didn't really focus on trying to do anything different, tried to put pressure back on the bowlers. Just came out nice and free, had a bit of luck, which you certainly need in this match."

We need someone to bat through 20 overs: Smriti Mandhana after New Zealand drubbing