Rookie fast-bowler Mohammad Hasnain could be a handful for Australian batsmen: Shane Watson

Watson, who has come to Karachi after 15 years, is playing for the Quetta Gladiators franchise, which picked Hasnain as an emerging player. 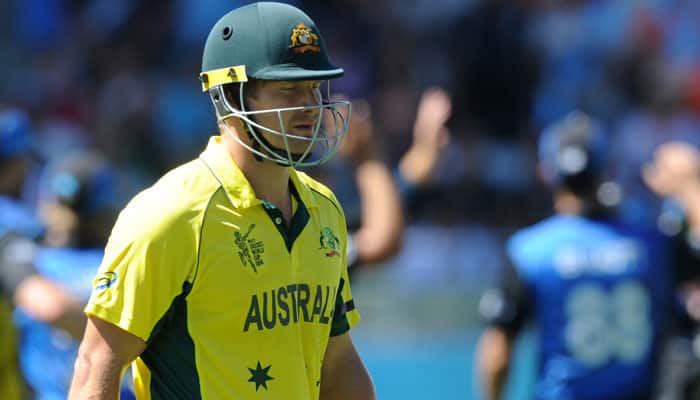 Australian cricketer Shane Watson believes that rookie fast bowler Mohammad Hasnain could be a handful for the Aussies in the upcoming five-match one-day series in the United Arab Emirates.

Watson, who has come to Karachi after 15 years, is playing for the Quetta Gladiators franchise, which picked Hasnain as an emerging player.

"I have never seen an 18-year old bowl at such pace and I think even on the UAE pitches he will be a difficult proposition for the Australian team," Watson said.

"Hasnain's control over his length and swing is very impressive and he varies his pace very well," the Australian said.

The retired batsman, who has been a big force behind Quetta reaching the final, on Wednesday night at the National Stadium said he was impressed by the young players seen in action in the PSL.

He said the quality of bowling was very impressive and it was heartening to see so much pace talent in Pakistan.

Hasnain has been seen as a surprise selection for the series against Australia and apparently, his name was included at the last moment in the squad at the cost of the experienced Wahab Riaz.

The youngster, who belongs to the city of Hyderabad in Sindh province, has represented Pakistan at the under-19 level but has played in just two first-class matches last season.

"His pace is very impressive and he has the ability to surprise the batsmen on any surface," Pakistan captain Sarfaraz Ahmed said.

Umar, who plays for the Karachi Kings franchise, is a left-arm spinner who is the only slow bowler to make the top bowling charts in the PSL.

Watson also said he was happy to see Test batsman Umar Akmal back in the Pakistan squad after a long time on the sidelines.

"He is a top batsman and I am a bit surprised that fitness should be a hurdle in the way of a very skilful player. Umar can run fast between wickets and he can get runs in difficult situations."

Spoken to CoA, no conflict of interest: Sourav Ganguly on advisory role with Delhi Capitals