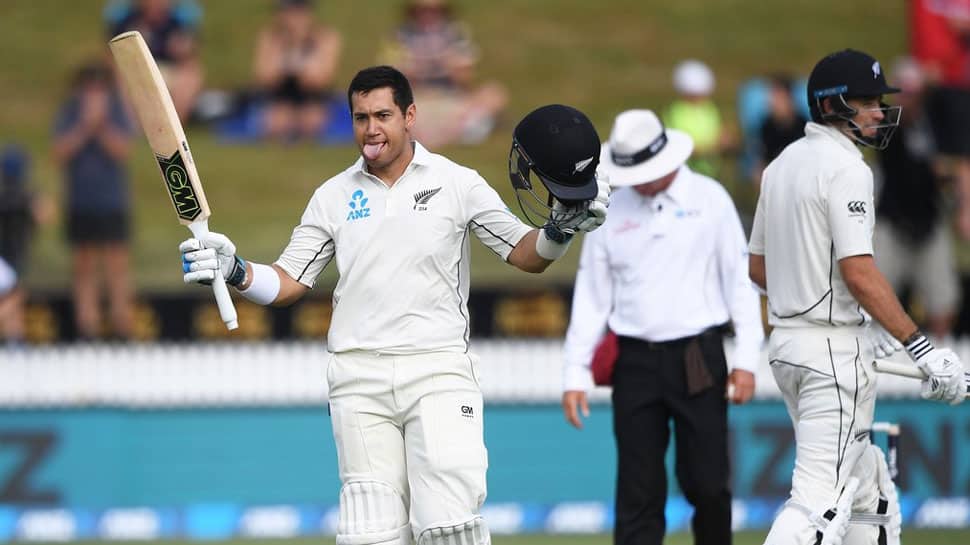 Ross Taylor achieved a long-held ambition by surpassing mentor Martin Crowe on the all-time century list, when he scored 200 as New Zealand remained on course to force a result in the rain-affected second Test against Bangladesh on Monday.

Henry Nicholls also stroked his way to 107, his fifth Test century, as the hosts declared at 432 for six for a 221-run first innings lead after tea on the fourth day.

Trent Boult and Matt Henry then reduced the visitors to 80 for three and Bangladesh still need another 141 runs, to make New Zealand bat again at the Basin Reserve.

Mohammad Mithun was unbeaten on 25 and Soumya Sarkar 12 not out, as New Zealand look to force a victory even after the first two days were completely washed out.

Taylor's 18th Test century and third double ton, moved him ahead of former New Zealand captain Crowe, who retired with 17 Test hundreds and had spent the last few years of his life mentoring the right-hander. Crowe died from cancer in 2016.

"It has been a while since I made 17, which was such a big number I think neglected 18. I said to Hogan (Crowe) sorry it's taken so long, but I think he will be proud," said Taylor, who moved level with Crowe with 107 against West Indies in late 2017.

The 35-year-old, brought up his milestone with a six over wide long on against Taijul Islam and then his 200 with three runs off Abu Jayed.

Jayed had earlier bowled a superb over to Taylor when the batsman was dropped twice, had another catch fall agonisingly short and also almost played on. He was on 20 at the time.

After completing the double century, Taylor was dismissed by Mustafizur Rahman in the following over when he tried a big hit.

While Taylor managed to surpass Crowe and move into second on New Zealand's all-time centuries list, he is still two behind current captain Kane Williamson, who scored 74 earlier in the day and suffered a left shoulder injury.

Williamson went to hospital for scans and did not take the field in Bangladesh's second innings. He will have further scans on Tuesday.

Taylor and Williamson had combined late on the third day with New Zealand struggling at 8-2.

They showed aggressive mindset on Day 4 and combined for 172 runs for the third wicket, before Nicholls and Taylor put on 216 in their stand.

New Zealand won the first Test in Hamilton by an innings and 52 runs, with the third match starting on Saturday in Christchurch.