The tweet was posted by Tendulkar on Dhoni’s birthday on July 7, which incidentally came right ahead of India vs New Zealand semi-final clash at Old Trafford. 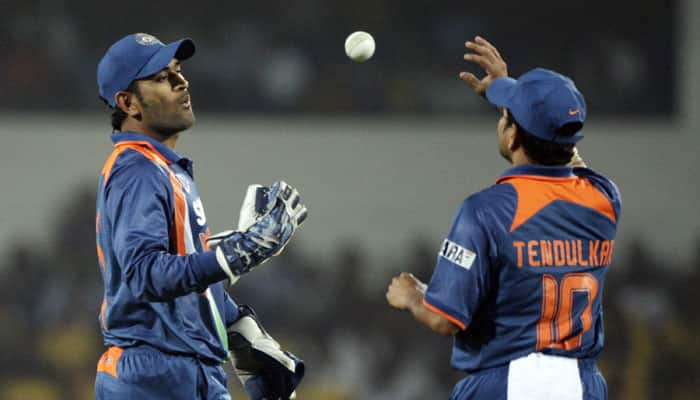 A tweet by Master Blaster Sachin Tendulkar wishing former Indian skipper Mahendra Singh Dhoni on the latter’s birthday has not gone down well with the New Zealand media. The reason for the fury of the media is a subtle message for New Zealand in the legend’s post on microblogging site Twitter.

The tweet was posted by Tendulkar on Dhoni’s birthday on July 7, which incidentally came right ahead of India vs New Zealand semi-final clash at Old Trafford in Manchester. Apart from wishing a happy birthday, Tendulkar also wished luck to Dhoni for “the next two games”.

“Wish you a happy birthday @msdhoni! Have a great year. All the very best for the next two games,” read the tweet.

Wish you a happy birthday @msdhoni! Have a great year.
All the very best for the next two games  pic.twitter.com/d8STlRh9e9

And this means that Tendulkar already considered that Virat Kohli-led Men in Blue would win the semi-final match against the Black Caps.

A report in New Zealand-based nzherald.co.nz called it a “slight dig” by the Master Blaster on the Black Caps. The report also quoted a remark by New Zealand coach Gary Stead wherein he said that he would expect the legendary cricketer to wish their players too whose birthday was coming up.

Though the coach conceded that India were a quality team, with “matchwinners right throughout their line-up”, he added that the match at Old Trafford would display “what Kiwis are made out of”.

Meanwhile, Indian skipper Virat Kohli has expressed confidence ahead of the clash with the Black Caps, saying that the “mood is great” in the dressing room. In his pre-match press conference on Monday, Kohli said, “The mood is great. Everyone is very relaxed, very confident. And look, all the teams worked hard to get to these moments and now whoever plays better on the day we know that things are as simple or as complicated as that. So, we are all looking forward to it.”