Former cricketer Sanjay Manjrekar has received a backlash on social media after he got involved in a minor argument while on air with fellow commentator Harsha Bhogle during the third day of India's first-ever day-night pink ball Test against Bangladesh at Eden Gardens in Kolkata on Sunday. 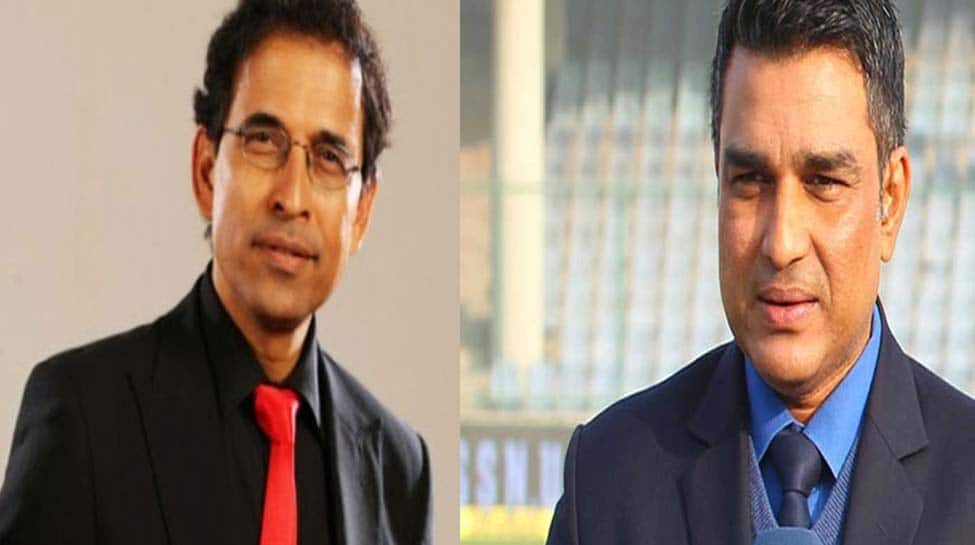 Former cricketer Sanjay Manjrekar has received a backlash on social media after he got involved in a minor argument while on air with fellow commentator Harsha Bhogle during the third day of India's first-ever day-night pink ball Test against Bangladesh at Eden Gardens in Kolkata on Sunday.

The two commentators were talking about the visibility of pink ball in a day-night Test and its future in the longest format of the game when a minor verbal spat of sorts took place between Manjrekar and Bhogle.

While doing commentary on the third day of the day-night Test, Bhogle had suggested that India should do a post-mortem of India's maiden pink ball match and that players should be asked about the visibility of the ball.

In reply, Manjrekar said that there is no issue with the visibility of the pink ball while adding that Bhogle need to discuss such issue and not those who have played a fair bit of the game.

The former cricketer further said that he has played 10-15 years of first-class cricket and, therefore, he could tell about the visibility of ball with authority.

Manjrekar's comments did not go down well among the cricket fans who came in support of Bhogle on Twitter.

While criticising Manjrekar, one user said that Bhogle should tell the former that if he wasn't a cricketer, he would have never made it to the commentary box.

Harsha Bhogle should hav told #SanjayManjrekar ,

"if you weren't a cricketer, you would have never made it to the commentary box" #Facts

Another cricket fan asked for the suspension of Manjrekar from the commentary box.

Let us take a look at some other tweets:

Oh my. The arrogance of manjrekar. Again ultimate class shown by Bhogle which is no surprise. The best in the business. https://t.co/JOkqKlhfWi

Those comments by #SanjayManjrekar about Harsha Bhogle are just pathetic! Why on earth we have to bear his commentary and negativity all the time!  #INDvBAN

On Sunday, Umesh Yadav bagged a five-wicket haul while Ishant Sharma well-supported him with four wickets as India bundled out Bangladesh for 195 in their second innings to secure a massive win by an innings and 46 runs on the third day of the day-night Test and clinch the two-match series by 2-0.

However, Umesh first removed Ebadat Hossain for a duck before finally giving a sigh of relief to India by removing Mushfiqur for 74. Yadav then dismissed Al-Amin Hossain for 21 to wrap up Bangladesh's second-innings for 195. Earlier, Mahmudullah was retired hurt for 39 due to a hamstring injury.

Eventually, Umesh finished the innings with the brilliant figures of five for 53 while Ishant Sharma ended with four wickets while conceding 56 runs.

Earlier, Indian skipper Virat Kohli (136) not only smashed his 27th Test century but also stitched a crucial 99-run partnership with Ajinkya Rahane (51) and 94-run partnership with Cheteshwar Pujara (55) as India declared their first innings at 347 for nine in reply to Bangladesh's lowly score of 106.

The triumph was also India's record-extending 12th victory at home and as a result, the host also became the first side to complete four successive innings wins in Test cricket.