Indian skipper Virat Kohli surprised kids at a shelter home in Kolkata by turning Santa Claus for them and presenting them with gifts. 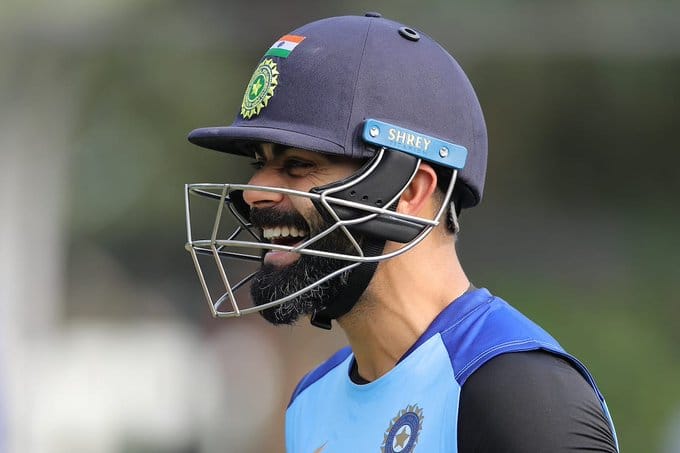 Indian skipper Virat Kohli surprised kids at a shelter home in Kolkata by turning Santa Claus for them and presenting them with gifts.

In a video released by Star Sports, Kohli was seen in the Santa get-up -- all plump in red suit and a protruding belly with white beard and brows -- meeting the children at the shelter home.

He then distributed gifts to the children as per their wishlist. Then the kids were asked if they would like to meet Kohli as "Spiderman and Superman are on vacation".

Excited to meet the cricketer, the children screamed "yes". The Indian skipper then took off his cap and disguise and reveals his identity, thus leaving the kids in total surprise. The 31-year-old then interacted with the kids spreading festive cheer ahead of Christmas.

The video, released ahead of the Christmas and New Year, earned huge praise on social medial, with many appreciating the Indian skipper for taking time off and surprising the kids.

Kohli is currently leading the team in the three-match ODI series against the West Indies. While the visitors won the first ODI by eight wickets in Chennai, the Men in Blue registered a commanding victory in the second game in Visakhapatnam to level the series.

The two teams will now face each other in the decider on Sunday in Cuttack.