Saurashtra registered a record chase of 372 in the quarterfinal against Uttar Pradesh, before triumphing over a Karnataka side comprising of the likes of Mayank Agarwal, Karun Nair and Manish Pandey in the semifinal. 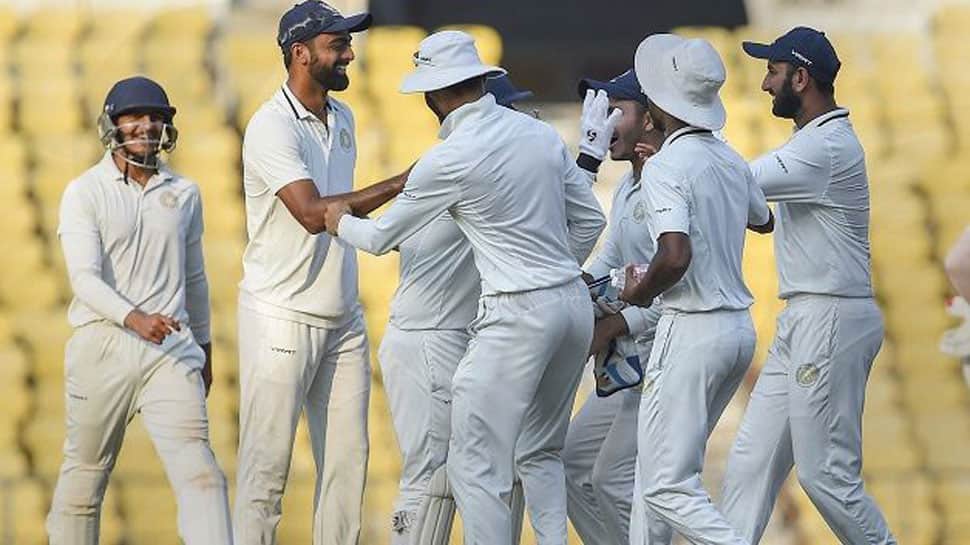 The search for a much-awaited maiden Ranji title continues for Saurashtra after they suffered a 78-run defeat against Vidarbha in the final of the 2018-19 edition of the tournament. However, coach Sitanshu Kotak has nothing but words of praise for his side who in his opinion, showed the will-power and a desire to win at any cost.

Saurashtra registered a record chase of 372 in the quarterfinal against Uttar Pradesh, before triumphing over a Karnataka side comprising of the likes of Mayank Agarwal, Karun Nair and Manish Pandey in the semifinal.

While Sheldon Jackson made his presence felt with the bat to emerge as the highest run-scorer, Dharmendrasinh Jadeja was the man to watch out for with the ball, picking 59 wickets to finish as the tournament’s second highest wicket-taker.

Here are some excerpts from an interview with Kotak:

How has the transition from being a seasoned campaigner in the Ranji Trophy to the head coach of Saurashtra been?

I believe that as a player one is inclined to think individually, in comparison to the role of a coach who has to think from the point of view of his players. One is expected to be neutral, and continuously assess the strengths and weaknesses of his squad.

One major difference is that as a coach one can certainly bring the motivation and determination that he possessed as a player into play, but not the skill and technique. The key focus is on getting the players comfortable, staying abreast of the latest developments in the game, using your cricketing knowledge to outwit the opponents.

Sometimes you also feel handicapped as your personal success depends upon the performances of the players. Coaching is much more difficult than playing.

Youngsters like Harvik Desai and Vishvaraj Jadeja have played a key role in the absence of key players like Robin Uthappa, Ravindra Jadeja. How has the side gone about encouraging talented youngsters to go out and express themselves?

The coaching staff maintains records of every player, taking into account the necessary steps for developing their strengths and reducing the weaknesses as much as possible. On the basis of this, plans are drawn out which are then implemented during the off-season to get the players ready for competitive cricket.

Harvik’s development has been tracked over the last two years with efforts made to fine-tune his performances, which have played a role in his excellent game this season.

Chetan Sakariya, Vishvaraj Jadeja, Yuvraj Chudasama are other youngsters whose steady progress in the limited over formats of the game last year (2018), resulted in opportunities during the Ranji Trophy. There is an emphasis on ensuring that upcoming players are able to acclimatise to competitive cricket at a constant pace, which is further followed by game-time when deemed fit.

It is also observed that some players stagnate after playing cricket for 5-10 years. They do not nurse hopes of playing for India, and hence wish to play to play only for their survival in the game rather than for the team’s welfare. Such players who cannot help the team succeed; have been removed to create opportunities for the youngsters.

Saurashtra has developed into a side with a lethal pace-bowling attack, capable of producing results on green tracks which was not the case a few years ago. How has the team gone about transforming into a unit capable of winning on any surface?

We have put a lot of efforts into ensuring that we have a group of at least 6-8 quality pace bowlers at every stage.

When it comes to pacers, injuries can be very frequent, with the bowler sidelined for a long period of time. Taking this into consideration, we developed a group of bowlers taking into account their fitness, skills, while guiding them at every step in the right direction to ensure proper development.

What is your opinion on Jaydev Unandkat’s captaincy? How has he progressed as a cricketer over the years in your opinion?

Jaydev was involved as the vice-captain of Saurashtra over the last 2-3 years, under the leadership of Jaydev Shah. That has certainly made things easy for us along with the fact that he has got extremely sharp cricketing acumen, quality experience.

When Jaydev had initially started his career, he used to be aggressive. However, I believe that with experience, he has become extremely mature and developed his mentality as well. Jaydev is a much better and stronger cricketer currently, who is ready to play at any level.

I am optimistic that he will get an opportunity for the Indian team considering his hardworking attitude, inch-perfect execution, shrewd variations which have seen him emerge as a clinical bowler.

Sheldon Jackson and Dharmendrasinh Jadeja have grabbed the limelight with their good performances for Saurashtra. How would you describe their progress?

We instructed Sheldon to play according to the situation, rather than adopting an aggressive outlook to the game when a stable partnership is needed. He decided to work on his patience, ability to acclimatize to different scenarios which have reflected in his scores this season.

Dharmendrasinh has been a vital performer over the last two years, although he has developed into an effective all-rounder as well this season. We have encouraged our bowlers to develop an interest in enhancing their batting skills so that they can contribute whenever necessary.

What is your overall assessment of the season and the team’s performances?

I believe that the team played really well despite the absence of key players like Robin Uthappa, speedster Kushang Patel, Jaydev Unandkat for a few games. The youngsters have shown a lot of character and belief to qualify from Group A.

Not only this, the players had a genuine desire to win matches at any cost, as evident from the record chase in the quarterfinal against Uttar Pradesh. This is our third final in all tournaments over the last four years.

Maybe, we could have capitalized on a few key moments in the final against Vidarbha, by restricting them to 220-230 after reducing them to 139/6, and stitched better partnerships during the chase.

However, they played really well and have shown character.

What are your plans for the future?

Our short-term goal is to perform well in the upcoming Syed Mushtaq Ali Trophy and deliver quality performances on the back of constant focus and determination. The current Saurashtra squad has players who have the potential to represent India in the coming years, and simply need to back it up with consistent performances.

I backed myself to hit a six after not taking that single: Dinesh Karthik