While Shafali brought up her first fifty at the age of 15 years and 285 days, Tendulkar had achieved the fifty in Test cricket when he was 16 years and 214 days old. 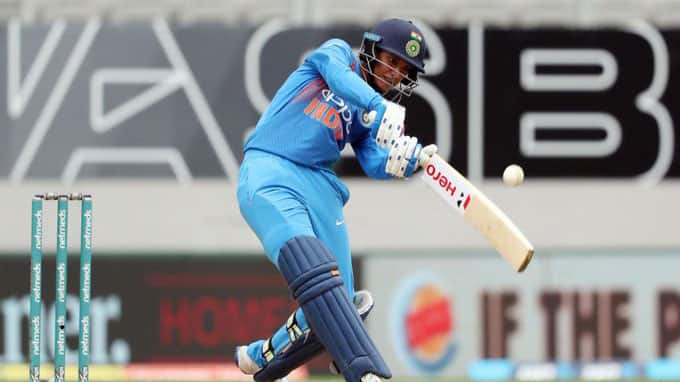 Indian women's cricket team batswoman Shafali Verma has scripted history as she snapped legendary cricketer Sachin Tendulkar's 30-year-old record to become the youngest player from the country to notch up an international half-century.

Shafali achieved the feat during her side's convincing 84-run win over the West Indies women in the opening Twenty20I of the five-match series at the Daren Sammy National Cricket Stadium.

Shafali, who was playing in only her fifth match in the shortest format of the game, smashed 73 runs off 49 balls to help India take a 1-0 lead in the series. En route to her maiden half-century, the Indian opener hit six boundaries and four sixes.

While Shafali brought up her first fifty at the age of 15 years and 285 days, Tendulkar had achieved the fifty in Test cricket when he was 16 years and 214 days old.

Earlier, Shafali stitched a huge partnership of 143 runs with Smriti Mandhana (67) for the opening wicket--the highest partnership in T20Is for India women-- to guide their side to a mammoth total of 185/4.

In reply, the Indian bowlers restricted the Caribbean side to a score of 101/9 in their stipulated 20 overs.

The two sides will now lock horns in the second T20I on Sunday in Beausejour Stadium, Saint Lucia.