Shafali Verma, the tomboy teen who could be India's next superstar

In a region where girls pursuing outdoor sports are often frowned on, it was more out of compulsion that she slugged it out with boys in her bid to play cricket for India, a dream she shared with her father Sanjeev. 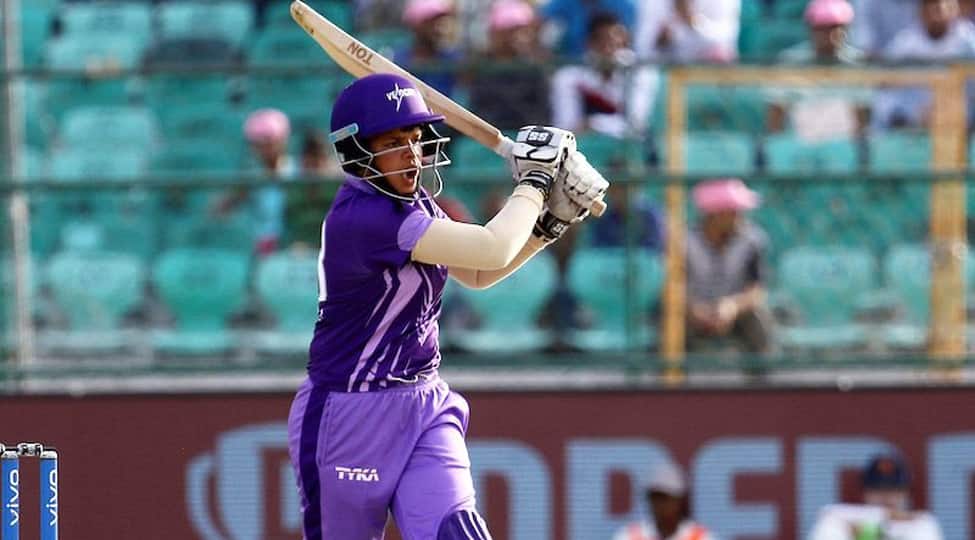 Shafali Verma was not exactly trying to be a rebel when she began training with the local boys in the north Indian city of Rohtak as a precocious 10-year-old.

In a region where girls pursuing outdoor sports are often frowned on, it was more out of compulsion that she slugged it out with boys in her bid to play cricket for India, a dream she shared with her father Sanjeev.

Every outing meant new bruises from the bowlers but the 15-year-old, who got her maiden India call-up for this month’s Twenty20 series against South Africa, reckons it was probably a blessing in disguise.

“It was a struggle initially, playing against the boys,” short-haired Verma, who plays as a swashbuckling opener, told Reuters from Rohtak.

“I often got hit in the helmet. On a few occasions, they even smashed my helmet grille. But there was no question of giving up."

“They never treated me with kid gloves because I’m a girl. And I always tried to give it back to them. Guess that’s how I developed my hard-hitting batting style.”

Verma’s power-hitting was her ticket to the Velocity team in the Women’s T20 Challenge played alongside the Indian Premier League in May.

There she shared the dressing room with the likes of England’s World Cup-winning all-rounder Danielle Wyatt, who termed Verma as the next “superstar” of Indian cricket.

It also meant mixing with role model and Velocity skipper Mithali Raj, who has been the face of women’s cricket in the country since her India debut two years before Verma was born.

Raj’s decision to quit T20 triggered Verma’s maiden call-up and many saw it as a passing of the baton.

None of it would have been possible but for Sanjeev’s dogged determination for his daughter to play for India, despite living in Haryana, a state notorious for its male bias and skewed sex ratio.

“I was lucky to have an upbringing that’s so different from most girls of my age. Many scoffed at the idea of a girl playing an outdoor sport with boys, but dad was adamant,” Verma said of her father, a jeweller.

“Despite the discouragement, dad gave me everything that he would give to my elder brother. Even after I started playing, people said girls have no future in cricket. But dad shielded me from any cynicism and asked me to focus on cricket only.”

It was, however, batting great Sachin Tendulkar’s arrival in Rohtak for his Ranji Trophy swansong that really planted the seed of ambition in Verma.

She was part of the sea of humanity that gathered at Bansi Lal Stadium in 2013 to get a glimpse of the retiring maestro.

“So many people to watch a cricketer, I was just dumbstruck. I asked dad if it could happen to me and he said ‘If you work hard, nothing is impossible.’

“I took it to heart and have since been working hard.”

Verma, who trains at Rohtak’s Ram Narain Cricket Club, has been chosen for the first three Twenty20s of the five-match series against South Africa, and the youngster is determined to nail her place in the side before flourishing across formats.

“I want to score a lot of runs and cement my place in the Twenty20 team. I also want to play in ODIs,” she said.

“I think I can play across formats without really overhauling my technique.”