Defending a respectable target of 263, Shakib Al Hasan proved to be the tormentor-in-chief for Bangladesh as he finished with spectacular figures of five for 29 to help the Mashrafe Mortaza-led side bundle Afghanistan out for 200 runs with three overs to spare. 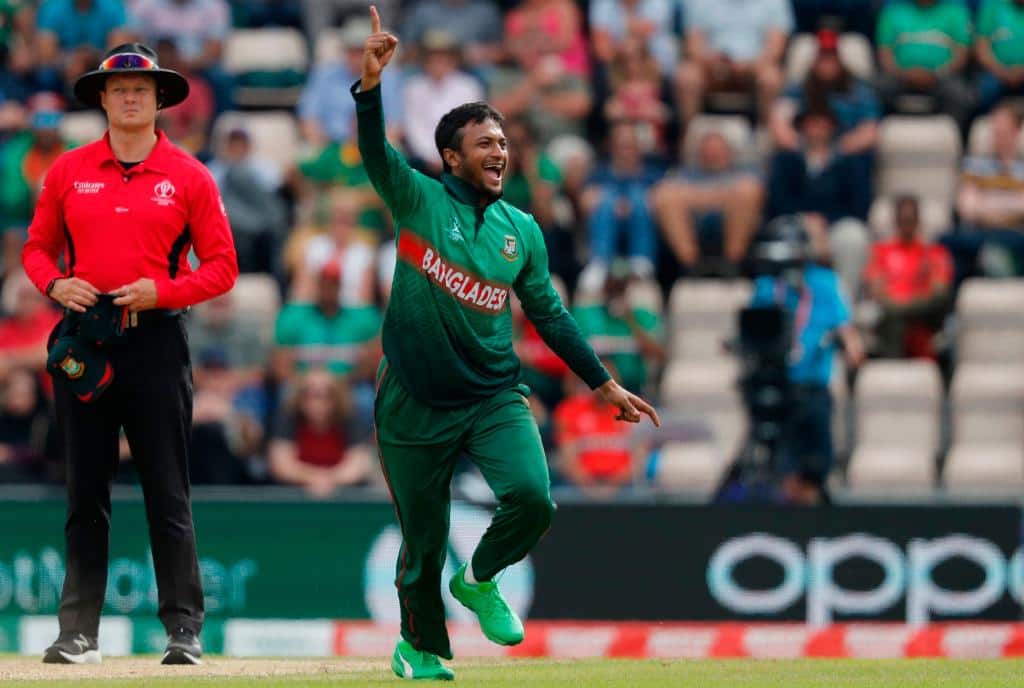 Shakib Al Hasan was on Monday declared Man of the Match after he produced a stunning spell with the ball to guide Bangladesh to a comfortable 62-run win over Afghanistan and keep their semi-final hopes alive in the 2019 International Cricket Council (ICC) World Cup here at the Rose Bowl Cricket Stadium in Hampshire on Monday.

Defending a respectable target of 263, Shakib Al Hasan proved to be the tormentor-in-chief for Bangladesh as he finished with spectacular figures of five for 29 to help the Mashrafe Mortaza-led side bundle Afghanistan out for 200 runs with three overs to spare.

With this, Shakib also became the first Bangladesh player to clinch a five-wicket haul in a World Cup match.

Besides a terrific show with the ball, Shakib also smashed his 45th ODI half-century while also stitching a crucial 59-run and 61-run partnerships with Tamim Iqbal (36) and Mushfiqur Rahim (83), respectively as Bangladesh posted a respectable total of 262 for seven in their stipulated 50 overs after being asked to bat first.

En route to his knock, the 32-year-old also became the first Bangladeshi player to reach the 1,000-run landmark in the World Cup.

While picking up his Player of the Match award, Shakib admitted that the five-wicket haul gave him greater pleasure while he had to work really hard to brought up the half-century.

"Yes it's been great throughout this WC. Luckily we started well so the fans have been behind us. I think the five wickets gave me greater pleasure. I had to work really hard for the fifty. Mushfiq played an important knock, without him we wouldn't have got the runs. We knew it was going to be tough with their three spinners, so it needed a team effort," ESPNcricinfo quoted Shakib as saying.

"I did work really hard before the WC, I was well prepared. The best I could ever be prepared. It's paying off. Definitely want it to carry on. Our next two games against India and Pakistan are big games," he added.

The knock also saw Shakib move back to the top in the list of highest run-scorers in the ongoing edition of the mega event with a total of 476  runs, overtaking Australian opener David Warner's 447.