Kuldeep Yadav and Yuzvendra Chahal, the two Indian wrist spinners, have troubled the world's best batsmen in the shorter formats of the game. 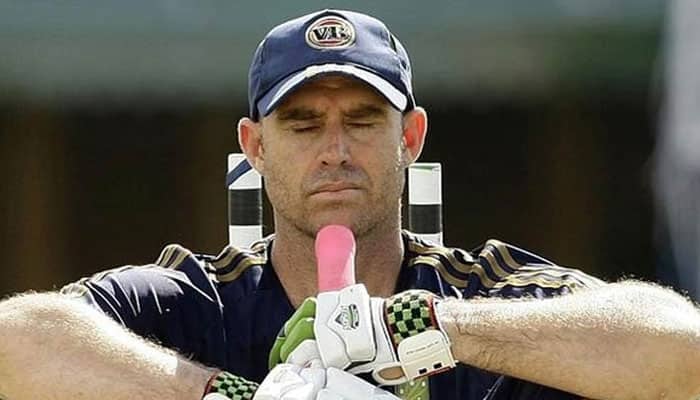 Kuldeep and Chahal, the two Indian wrist spinners, have troubled the world's best batsmen in the shorter formats. So what makes them special?

"Leg spinners provide option and variety. In particular, if you look at Kuldeep, his strength is not how far he turns the ball but his strength is how the ball just like Shane Warne's deliveries arrives at the batsman. It has a distinct curve in the air," Hayden told PTI during an interview.

Chahal can, however, be negotiated, feels Hayden, who was hugely successful against Harbhajan Singh and Anil Kumble at their peak.

The finger spinners are not much in demand in the 50-over format and Hayden blames it on the restrictive approach which has been their undoing.

"What has happened is that off-spinners have learnt the art to contain batsmen, which had kept them in play for a certain period of time.

"But now, the players have got used to the flatter trajectory of the off-spinners. Off-spinners have lost the art of being able to get the pace to drop (vary pace)," said Hayden.

He then cited Nathan Lyon's approach in the second ODI in Nagpur, comparing the two spells from the off-spinner.

"During his second spell, the speed was like 80-82 kmph compared to 90-92 kmph in the first spell. So that's a celar drop of 10kmph. All of a sudden, he looked unplayable."

There is no doubt in his mind that the bowlers have to show guts to make a move like that in limited-overs cricket.

"They have this courage issue where they don't want to give away runs. In Tests, they become wicket-takers compared to being run-savers. That's the difference."

Working as an analyst during the ongoing series, Hayden was seen working with the junior members of the Australian team, especially, Ashton Turner, who has now become an overnight sensation winning the fourth ODI with a scintillating knock.

"It's not my doing," Hayden said with a lot of modesty.

"The boys have worked very hard on their game and that created the change. I have been working more with younger boys like Ashton Turner," he added.

The veteran of 103 Tests and 161 ODIs is of the opinion that revisiting their scoring options during the third ODI helped Australia bounce back.

"The scoring options were much better from the third one-dayer compared to the first two. The first two were truly bowling wickets," he said.

"We Australians, our hands by instincts go towards the on-side because we have bounce to work with on our home pitches.

"In India, there is not much bounce on offer and if you watch Virat Kohli's hands, they go straight through the ball while our players tend to come across the ball. It's a hard habit to get rid of, we are so used to our conditions," he added.

Hayden is happy that Australians have been able to force Kedar Jadhav to bowl a different line.

The part-time off-spinner, with an unconventional side-arm action, was taken to task by Aaron Finch in Ranchi and the duo of Usman Khawaja and Peter Handscomb in Mohali.

"He (Finch) made Jadhav bowl a different line. Someone like Jadhav can only be effective if he looks to bowl at stumps," observed Hayden, who feels that his famous 'Mongoose bat' (customised one with a long handle) would have been very effective to counter Jadhav's low-bounce deliveries.

"Well, the mongoose bat would have been very effective especially on low and slow tracks like Feroz Shah Kotla to counter Jadhav, who bowls with a low bounce," he said.

Always knew Ashton Turner could do it at international stage: Peter Handscomb