Law said that West Indies's pace quartet had bowled a better line than England, whose fast bowlers too often strayed far outside off stump. 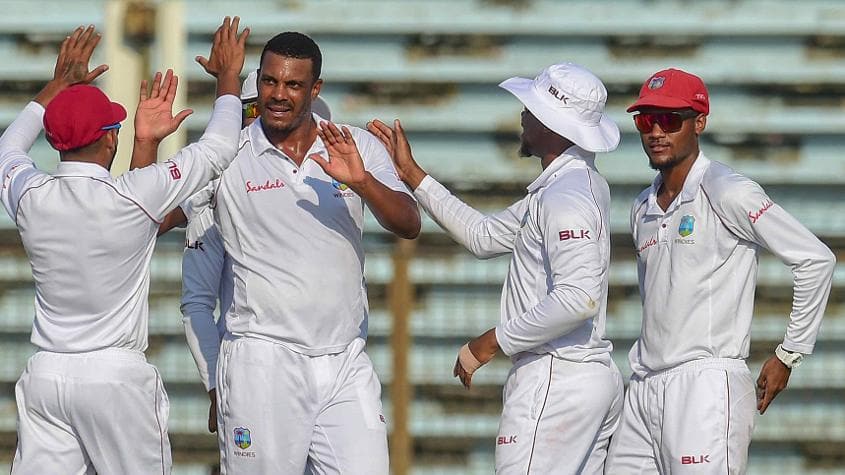 Better bowling execution has lifted West Indies to victory in their series against England, the Caribbean team's former coach Stuart Law has said ahead of the third and final Test starting in St. Lucia on Saturday.

The underdog home team clinched the series by winning the first two Tests in a one-sided fashion, with performances that suggested that the fortunes of the Windies might be changing after years of struggle in Test cricket.

Law said that West Indies's pace quartet had bowled a better line than England, whose fast bowlers too often strayed far outside off stump.

The raw pace of Shannon Gabriel gave West Indies an extra weapon, someone who "put the wind up" the England batsmen, according to Law.

"You can't buy pace. It's a god given talent that allows these guys to get up to those speeds," Law said on a Wisden.com podcast.

The former Australian batsman quit as West Indies's head coach in September, to take the same role at the English county side Middlesex.

During his two years in the Caribbean, Law witnessed up close the ability of Windies fast bowlers, none more intimidating than Gabriel, who was clocked at more than 90 miles-per-hour (145 kph) in the first Test in Barbados.

"Shannon Gabriel bowling at (that pace), no-one wants to face it and I know for a fact a few England boys don't like facing Shannon," Law said.

"He wasn't the main destroyer. He was the one who put the wind up (England) and got them thinking, and then you had the skill and the craft of Kemar Roach, Jason Holder with his big swing and bounce, a young firebrand Alzarri Joseph who can let rip at 90-plus as well."

"West Indies had better plans. The strategy was very simple, bowl fast and straight. They attacked the stumps more when they bowled. England were bowling pretty balls outside off stump," he added.

Gabriel's bowling average is a little under 30 runs per wicket in 42 Tests and he has improved with age.

The 30-year-old has taken five wickets in the current series at an average of 27.4 and has softened up the England batsmen for Roach, Holder and Jospeh with the trio sharing 27 wickets amongst themselves.

Holder will miss the third Test, suspended due to the team's slow over rate in the second Test, which will give West Indies a chance to give another opportunity to young bowler Oshane Thomas (21), whose pace is on par with Gabriel's.

England, seeking to avoid being swept in the series, have some injury concerns.