In a major blow to India, seamer Bhuvneshwar Kumar has been ruled out of the upcoming three-match ODI series against West Indies due to an injury. 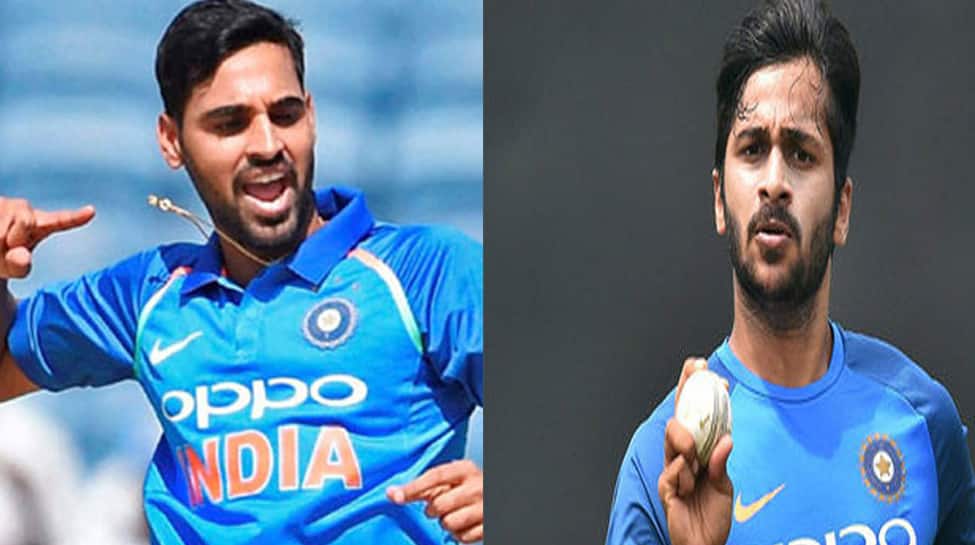 In a major blow to India, seamer Bhuvneshwar Kumar has been ruled out of the upcoming three-match ODI series against West Indies due to an injury.

The 29-year-old had complained of pain in his right groin to the medical staff after the Men in Blue's 67-run win against the Caribbean side in the third and last T20I at the Wankhede Stadium in Mumbai.

Now, the Board of Contol for Cricket in India (BCCI) confirmed that the scans have revealed that Bhuvneshwar's hernia symptoms have resurfaced and, therefore, he would miss the ODI series against the Caribbean side.

The country's cricket board further informed that Shardul Thakur has been named in the Indian squad as a replacement for injured Bhuvneshwar.

"The All-India Senior Selection Committee has named Shardul Thakur as a replacement for the injured Bhuvneshwar Kumar for the upcoming Paytm ODI series against West Indies," the BCCI press release said.

"Bhuvneshwar complained of pain in his right groin after the final T20I in Mumbai on Wednesday. He underwent an ultrasound scan conducted by a specialist and the BCCI medical team found that his sportsman’s hernia symptoms have resurfaced. A specialist opinion will now be sought, and his management plan will be decided accordingly," the country's cricket board added.

The development means the seamer would become the second player after star opener Shikhar Dhawan to miss the upcoming West Indies ODI series. Dhawan was earlier ruled out of the T20I and ODI series against West Indies due to a knee injury which he sustained at the Syed Mushtaq Ali Trophy recently.

India, who recently clinched the T20I series against West Indies 2-1, will look to continue their winning momentum when they take on the Caribbean side in the ODI series beginning December 15 at the MA Chidambaram Stadium in Chennai.