He is now standing behind just Indian skipper Virat Kohli, who achieved the landmark in 114 matches, in the list of the fastest Indians to score 5,000 ODI runs. 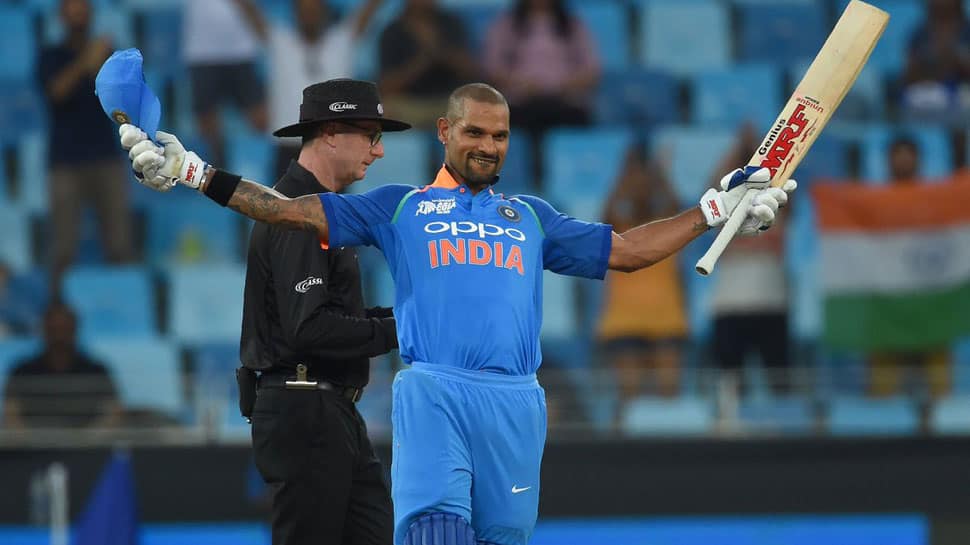 Indian opener Shikhar Dhawan has added yet another feather on his cap by becoming the second fastest Indian to reach 5,000 One-Day International runs during the opening ODI of the five-match series against New Zealand at McLean Park, Napier on Wednesday.

Dhawan, who was just 10 runs short of achieving the feat heading into his 118th match, reached the same by taking a single off Tim Southee's second delivery in the sixth over of India's chase of 158 runs.

He is now standing behind just Indian skipper Virat Kohli, who achieved the landmark in 114 matches, in the list of the fastest Indians to score 5,000 ODI runs.

Overall, Dhawan became the joint-fourth quickest in the world to reach the mark, standing only behind Hashim Amla  (101 matches), Viv Richards (114), Kohli  (114) and tied with Brian Lara (118).

Not only this, the Indian opener also surpassed the likes of former Indian cricketer Sourav Ganguly and former South African Graeme Smith and matched West Indies legend Brian Lara to become the joint-quickest left-hander to reach the milestone.

Dhawan, who made his ODI debut against Australia in 2010, has a total of 15 centuries and 25 half-centuries to his name so far. He, however, is struggling with form in the recent times, having failed to cross 50-run mark in his last nine innings while only managing a total of 55 runs in the three ODIs he played recently in Australia.