Shikhar Dhawan married the Melbourne-based boxer, Ayesha Mukherjee, in 2012 and adopted her two daughters from her previous marriage. The couple has a son named Zoravar. 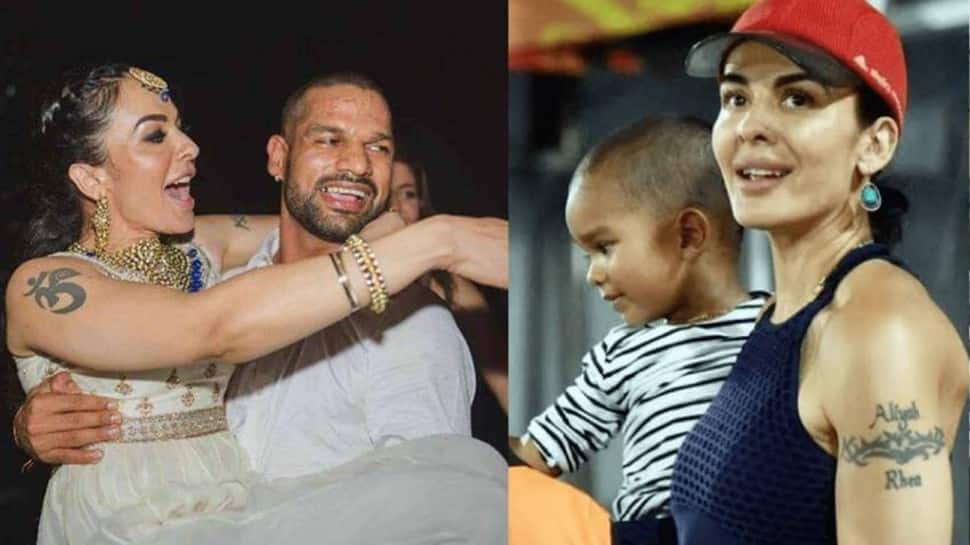 Indian cricketer Shikhar Dhawan and his wife Ayesha Mukherjee have parted ways after eight years of marriage. Dhawan will hope to be selected for India's squad for the T20 World Cup which is expected to be announced on Wednesday (September 8).

Dhawan married the Melbourne-based boxer, Ayesha Mukherjee, in 2012 and adopted her two daughters from her previous marriage. The couple has a son named Zoravar.

Ayesha broke the news on her new Instagram page named ‘Aesha Mukerji’ on Tuesday as her original profile with the name ‘Ayesha Dhawan’ was deleted from the social media site. Also, sources in the know of developments confirmed the news to ANI.

Dhawan tied the nuptial knot with Aesha on October 30 in 2012. Aesha is originally from West Bengal but moved to Australia when she was 8-years-old. She is also a trained kickboxer and a sports fanatic. 46-year-old Ayesha was married to an Australian businessman in the past. With him, she had welcomed their first child in 2000 and named her Aliyah. And she gave birth to another daughter named Rhea in 2005.

Meanwhile, Dhawan, who is yet to confirm the news, was last seen on-field leading the young Indian team during the Sri Lanka tour in July. A seasoned campaigner and vital cog of the Men In Blue's limited-overs side, Dhawan has been spearheading the formidable batting line-up of the team for almost a decade.

He captained India for six white-ball matches in Sri Lanka. The team featured six uncapped players and was coached by Rahul Dravid.

Shikhar Dhawan is currently eyeing a place in India's T20 World Cup squad which is to be announced on Wednesday. With Rohit Sharma picking himself, it could be a fight for the opening slot between Dhawan and KL Rahul. But with the BCCI set to name a big squad with an eye on COVID-19 protocols, Dhawan is likely to find a place.