Indian opener Shikhar Dhawan was on Sunday declared Man of the Match after he smashed a blistering knock of 117 runs to help India beat Australia by 36 runs in their second group match of the 2019 International Cricket Council (ICC) World Cup clash at The Oval in London on Sunday. 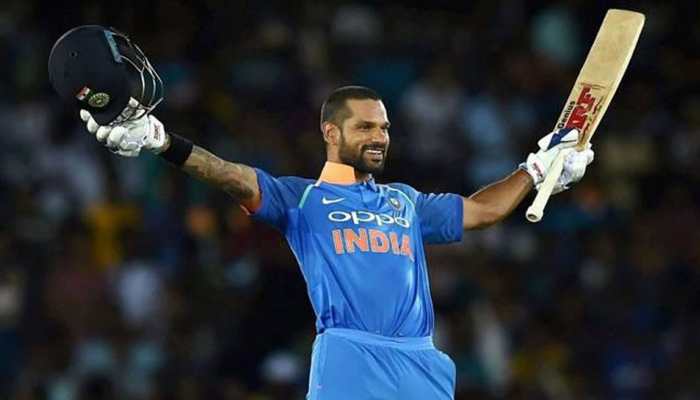 Indian opener Shikhar Dhawan was on Sunday declared Man of the Match after he smashed a blistering knock of 117 runs to help India beat Australia by 36 runs in their second group match of the 2019 International Cricket Council (ICC) World Cup clash at The Oval in London on Sunday.

Opting to bat first, Shikhar Dhawan (117 off 109) not only pulled back his 17th ODI century but also shared a huge 127-run stand with Rohit Sharma (57) for the opening wicket to provide the Men in Blue with a perfect start.

Subsequently, Dhawan also stitched a 93-run partnership with skipper Virat Kohli (82) as India posted a huge total of 352 for five in their stipulated 50 overs.

While picking up the Player of the Match award, Dhawan said that his side managed to tick all the boxes during the match and that the bowlers also successfully defended their total.

"We're very happy with the result and it was a great team effort. We guys are a great fielding shape - too great catches and made great stops. We have a great fast-bowling unit and spinners as well. We ticked all the boxes and your bowlers backed up the total on the board. I want to thank the fans as well. A lot people have come from India," ESPNcricinfo quoted Dhawan as saying.

Dhawan, who was dismissed cheaply for eight runs in the tournament opener against South Africa, reached the three-figure mark off just 95 balls. It was also Dhawan’s 10th fifty-plus score in an ICC event since the 2013 Champions Trophy.

In reply, David Warner (84-ball 56), Steve Smith (70-ball 69) and Alex Carey's (unbeaten at 55) half centuries all went in vain as the Indian bowlers successfully defended their huge total. While Bhuvneshwar Kumar and Jasprit Bumrah bagged three wickets each, Yuzvendra Chahal also chipped in with two wickets.

Overall, the left-handed Indian opener has scored a total of 5,363 runs in 129 ODI matches he played for the Men in Blue  at an average of 44.3.