Dhawan also withdrew midway from the Sri Lanka series to be with his mother who was unwell at that time. 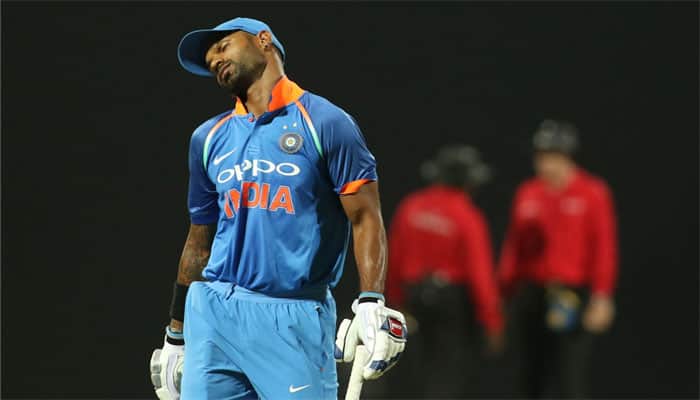 New Delhi: Shikhar Dhawan has been released from Team India's squad for the first three One-Day Internationals against Australia, first of which will be played on September 17, to be with sick wife.

The Board of Control for Cricket in India announced the same via an official statement, while also confirming a replacement will not be named.

The BCCI statement read: "Team India opener Shikhar Dhawan has requested to be released from the team for the first three ODIs of the Paytm Australia tour of India, 2017 to attend to his wife, who is unwell. The All-India Senior Selection Committee has decided not to name any replacement for Dhawan in Indian Cricket Team."

Dhawan also withdrew midway from the Sri Lanka series to be with his mother who was unwell at that time.

BCCI had then sent a statement which read: "Shikhar Dhawan would be leaving for India tomorrow i.e. September 3rd to see his ailing mother. Dhawan’s mother is stable and is recovering well at the moment.

"The All-India Senior Selection Committee has decided not to name any replacement for the 5th ODI and the only T20I, scheduled on September 3rd and 6th respectively in Colombo."

The news might be bad for the Men in Blue but it also gives an opportunity to Ajinkya Rahane, who  would look to make the opportunity count and reaffirm his status as a key player for the team in limited overs cricket.