If Shikhar Dhawan is ruled out for three weeks, he will not be a part of the squad in matches against New Zealand, Pakistan, Afghanistan, West Indies, England and Bangladesh. 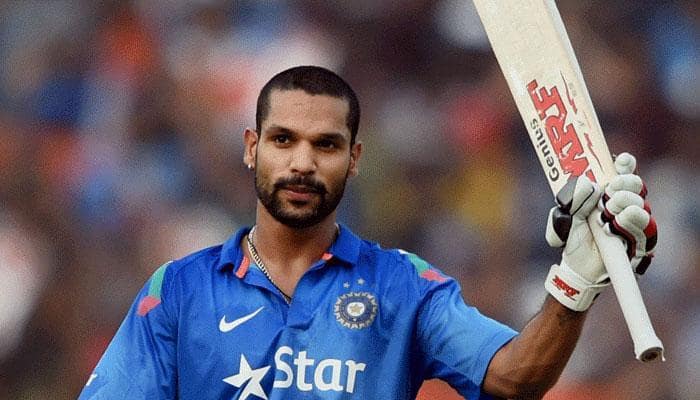 In a major setback for team India, opener Shikhar Dhawan, who sustained a thumb injury in the match against Australia, may be ruled out of the ICC World Cup 2019 for three weeks if his thumb injury is serious and there is a fracture. Dhawan was hit on the thumb by a rising delivery from pacer Nathan Coulter-Nile during the India-Australia match on June 9. The Board of Control for Cricket in India (BCCI) will official confirm about his medical status in a few hours.

Despite the injury, Dhawan continued to play through pain, with his left thumb bandaged, and went on to score 117 off 109 balls, setting the foundation for victory against Australia.

However, Dhawan didn't take the field due to the injury and Ravindra Jadeja fielded in his place for the entire 50 overs.

Dhawan underwent precautionary scans and tests following the injury. Physio Patrick Farhart was slated to take a call on whether the batsman would continue to play in the tournament.

If the opener is ruled out for three weeks, he will not be a part of the squad in matches against New Zealand, Pakistan, Afghanistan, West Indies, England and Bangladesh.

The opener has been a consistent performer in major ICC tournaments. In the ICC World Cup 2015, Dhawan had scored 412 runs, batting at an average of 51.50. He had hit two centuries in the tournament.