India are all set to lock horns with arch rival Pakistan on June 16 in Manchestor's Old Strafford Stadium and Shoiab Akhtar already knows what lies ahead. 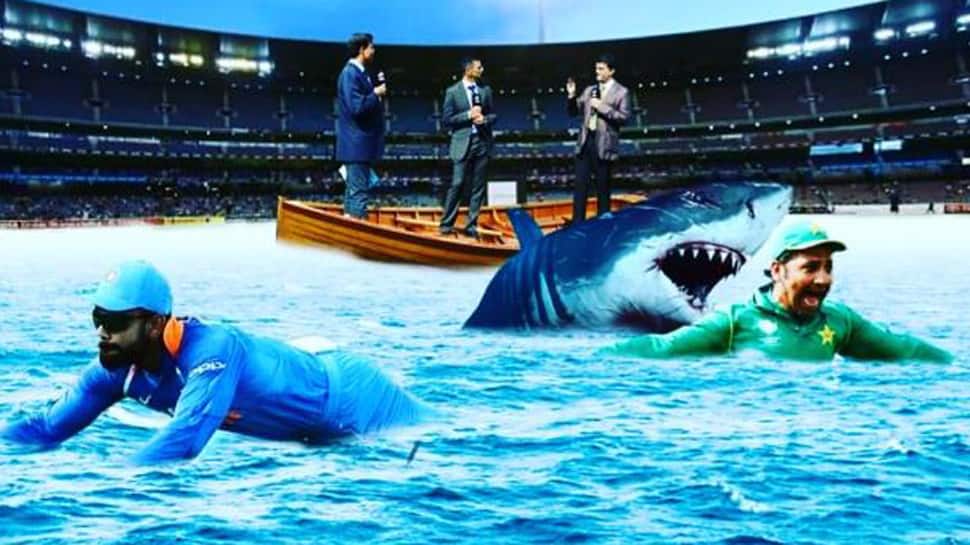 New Delhi: India are all set to lock horns with arch-rival Pakistan on June 16 in Manchester's Old Strafford Stadium and Shoaib Akhtar already knows what lies ahead.

Ahead of the much-anticipated clash, the weather remains a matter of concern for the ICC as four out of 19 matches were called off due to heavy downpours. Although the weather is predicted to remain cloudy throughout the day, the second half of the match might get hampered due by a brief spell of showers post 2 pm local time.

Former Pakistan speedster Shoaib Akhtar joked about the outcome of the Sunday match by sharing a meme on Twitter. He captioned, "Sunday looking a bit like this. Haha."

In the picture shared by Akhtar, Indian Captain Virat Kohli and Pakistan counterpart Sarfaraz Ahmed are seen swimming their way out of the pitch, while the commentators stand on the boat.

The rain has played a spoilsport in the 2019 edition of the ICC Cricket World Cup with four games already being washed out. India's last match with New Zealand, which was scheduled to take place in Nottingham's Trent Bridge, was called off due to heavy downpour in the city.

The ICC has been at the receiving end of the fans for not having reserve days for the matches that were cancelled due to the unfavourable weather.

The Sunday match is extremely crucial for Pakistan as they cannot cope up with a washout. The team has lost out on two out of four matches, hence, cannot tackle an abandonment. While India can still handle a washout as they will square off with relatively weaker teams like Bangladesh, Sri Lanka and Afghanistan in the upcoming clashes of the mega event.

In the coveted points table, the Virat Kohli-led team have maintained the third position while Pakistan is at the eight-spot at the ten-team standings.

ICC World Cup 2019, South Africa vs Afghanistan: As it happened