Zimbabwe are scheduled to play the T20I tri-series, featuring Bangladesh and Afghanistan, from September 13 to 24. 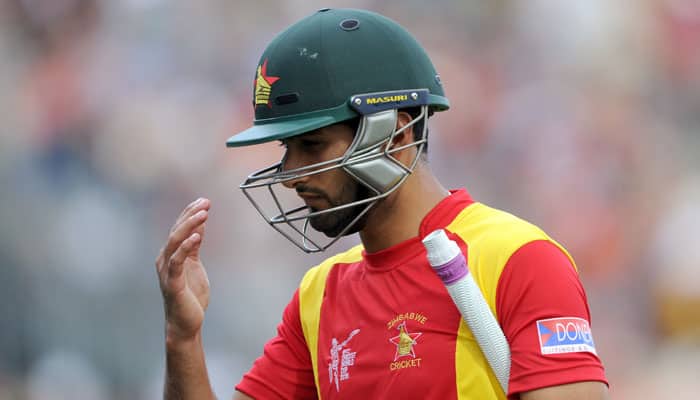 Experienced Zimbabwe all-rounder Sikandar Raza has been left out of the 15-member T20I squad for the upcoming T20I tri-series, also featuring Afghanistan, over pending disciplinary issues.

Confirming the news, Zimbabwe convener of selectors, Walter Chawaguta, said that the national selectors have opted to leave out Raza over pending disciplinary issues raised by captain Hamilton Masakadza.

"It is important that we support our captain, whether it is [Hamilton] Masakadza or anyone else, by creating an environment in which we can be confident he will have the full support of all players, with everyone pulling in the same direction and able to trust each other. It is for those reasons that we have decided to leave Raza out," ESPNcricinfo quoted Chawaguta as saying.

Raza's exclusion seems to have come in the wake of divisions which arose during the tiff between Zimbabwe Cricket and the Sports and Recreation Commission earlier this year.

Masakadza, who will bid adieu to the international cricket after the tri-series, had earlier in July hinted at a dressing room rift in a letter to Sports Minister Kirsty Coventry.

Zimbabwe are scheduled to play the T20I tri-series, featuring Bangladesh and Afghanistan, from September 13 to 24.

The Zimbabwe squad for Bangladesh tri-series is as follows: