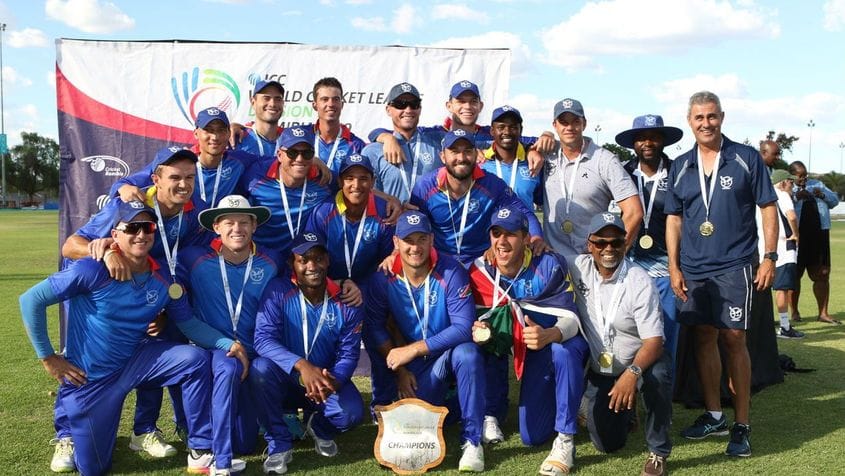 Six teams are set to battle it out in the International Cricket Council (ICC) Men’s T20 World Cup Africa Final 2019 in Uganda, with two countries moving just one step away from Australia 2020.

Botswana, Ghana, Kenya, Namibia, Nigeria and Uganda came through sub-regional qualifiers last year to reach the Africa Final, where they will play a round-robin tournament from May 19-24.

Each team plays each other once and after those 15 games have been completed, the top two in the table will go on to represent Africa at the ICC Men’s T20 World Cup Qualifier in the UAE later this year – where six teams will advance to the T20 World Cup in Australia in October 2020.

The latter six of those countries missed out on qualification to the event proper after finishing outside the top ten of the ICC Men’s T20I Team Rankings on the cut-off date of December 31, 2018, while the UAE automatically qualified as hosts and PNG came through the EAP Final in March.

Namibia captain Gerhard Erasmus, said, “We have been playing white-ball cricket for a while now having just finished the WCL Division 2. The players are in good form and hopefully we can fine tune our T20 skills for this tournament. As we know, T20 cricket can be a make-or-break kind of game, so coming into this tournament, we definitely have to reset our minds and apply ourselves.

“If we execute and play close to our ability, we stand a good chance of winning this tournament. We go into tournaments to win them and not just qualify.I think the likes of Karl Birkenstock and Christi Viljoen, with their pace and bounce, are two players who can make a difference.”

Roger Mukasa Uganda captain, said, “We have gone about our preparations quietly. Some of our young guys on the team went to academies in South Africa, India and Kenya as part of this tournament’s preparation.

“The opening bowler Charles Waiswa and I also enjoyed semi-professional stints in the Singapore Elite Player Series for six weeks as well. But overall, we have done most of our prep from home to adapt further to the local conditions since we’re the host nation.

“It is not going to be an easy tournament but we know what to expect and are ready for the challenge. We disappointed our fans in 2017 when we didn’t do well here at home in the World Cricket League Division 3. We are looking at using the home advantage factor to drive us home.

“We are confident that the brand of cricket we play will help us to finish among the top two nations. That is our main goal. But that doesn’t mean that we don’t want the trophy.”

Botswana captain Karabo Mothlanka, on the other hand, said, “We have been practising three times-a-week as a team with practice matches played on Sundays.

“We have had six preparation matches against two different opponents – one being the Silicon Valley X Factors from the USA and the second being Matableland Tuskers from Zimbabwe. We are an outsider for qualification but we bring with us the confidence from the last tournament, so we will definitely be there to give it a go.

“As a batting unit, we are looking for contributions all the way through the batting line-up and I feel our game-changers come in the bowling department. The likes of the experienced Nabil Master and Mmoloki Mooketsi try to drive us home with the ball with good support from the fielding.”

Isaac Aboagye, Ghana skipper, said, “Preparation towards this tournament was fairly good. The team started practising in the middle of March, with players also participating in the T20 league which lasted for seven weeks.

“I would give our qualification chances an eight, on a scale of one to ten, and our key players are probably myself, Simon Ateak, Vincent Ateak and David Ankrah.”

Nigeria skipper Ademola Onikoyi, said, “Preparations have been top notch. From camp back home in Lagos and to this moment, the experiences have been wonderful.

“Our chances are bright because no team is unbeatable in this competition and format. Every player is important and key to the others’ success. It is a team effort that will get us through.”