Kohli further hailed his players for making their presence felt when it mattered the most, citing their consistent performances as a factor which had made them supremely confident ahead of the World Cup in England. 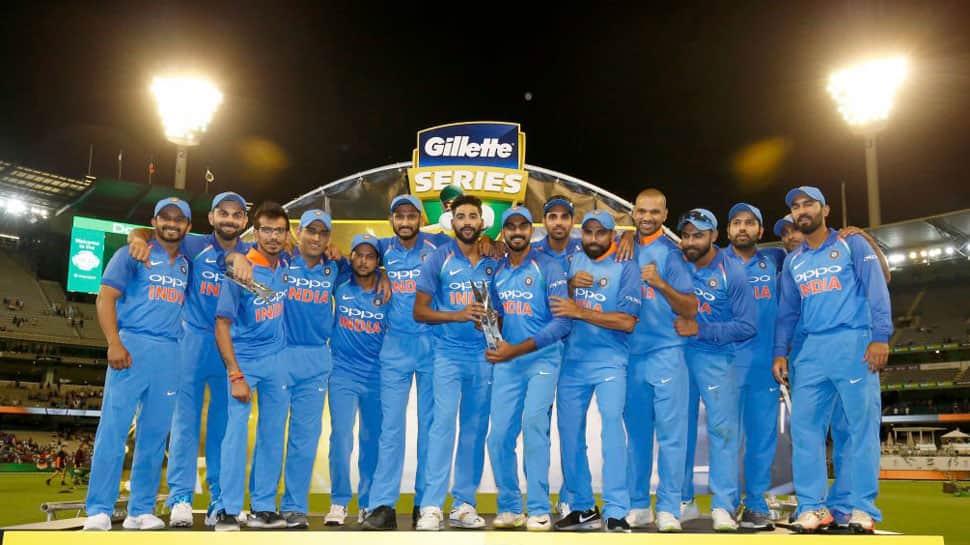 "Our strength as a side has been unpredictability. We haven't been predictable with our combinations in the past year, if you see the kind of teams we have played with," PTI quoted Kohli as saying.

Kohli further hailed his players for making their presence felt when it mattered the most, citing their consistent performances as a factor which had made them supremely confident ahead of the World Cup in England.

"If you see it has been a team performance in all three series and everyone has contributed which is a very good sign for the world cup. If everyone is contributing in different stages then only you can win a big tournament," he said.

"If everyone is in the same mental space, then obviously everyone will feel very confident, and on this tour we are very happy with results," he added.

The 30-year-old cricketer had words of praise for man of the match Yuzvendra Chahal, who registered the best figures for an Indian spinner on Australian soil.

"Taking six wickets at the MCG is no small feat for a spinner. He is very intelligent bowler and he gets us those breakthroughs. He and Kuldeep are definitely a force to be reckoned with. When they play together, it is our most potent spin attack." he added.

At the same time, Kohli also expressed his concern that the number four slot in the batting line-up still needed to be "solidified", having backed Ambati Rayadu for the role till this year's World Cup during the recent series against the West Indies.

The skipper further added that the team management had indulged in a lot of experiments for the number four role, and while Rayadu at four, was an ideal candidate, they would like to keep things mixed up until someone assumed responsibility at number four.

"If you look at that last game, Ambati Rayudu batted at four, Dhoni at five and Dinesh Karthik at six. Because we brought in Vijay Shankar and Kedar Jadhav, we didn't want Karthik to change his spot because he is doing a good job."

"The middle order we saw in Adelaide is pretty much the most balanced if you look at it. The number four position, again, has been a sort of an area which we want solidified," he said.

Players like MS Dhoni come once in 30 or 40 years: Ravi Shastri, after historic ODI series triumph