The Virat Kohli-led team entered the history books by winning the first-ever Test series Down Under. 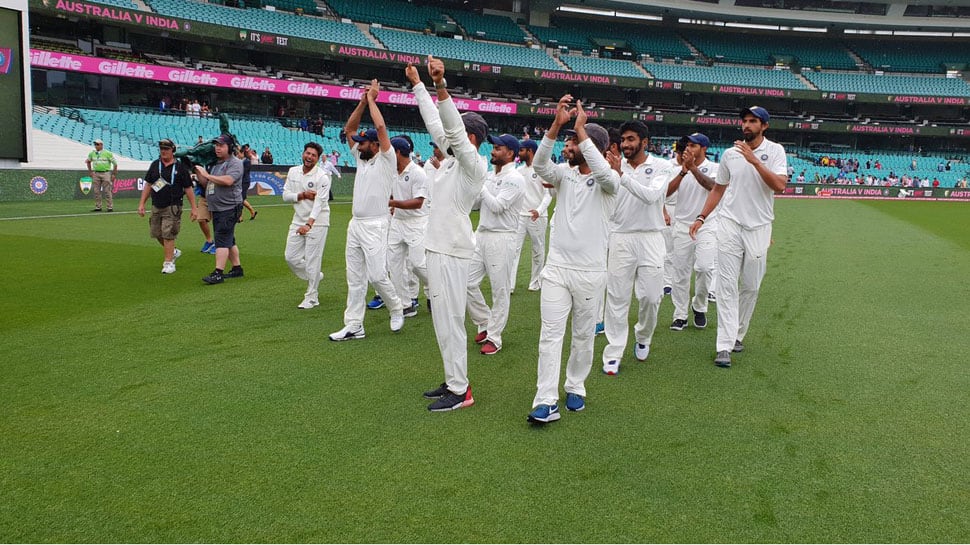 Former Indian captain Sourav Ganguly on Monday said that that India`s maiden Test series win in Australia is a 'terrific' achievement and credited the way that the team batted for the success.

"It`s a terrific win. They played excellent cricket throughout and the batting clicked. They scored 400-600 runs and that was the key," Ganguly told reporters at the Eden Gardens.

The Virat Kohli-led team entered the history books by winning the first-ever Test series Down Under.

After the visiting team won the Adelaide and Melbourne Tests, the fourth and final Test at the Sydney Cricket Ground (SCG) ended in a draw as no play was possible on the last day due to continuous downpour. India clinched the series 2-1.

Asked to compare Kohli`s side with teams of the past including his team which drew 1-1 in Australia, India`s best result prior to this, Ganguly said: "I don`t compare ever. So I can`t answer that question."

Ganguly also heaped praise on young wicketkeeper Rishabh Pant who had a groundbreaking series scoring 350 runs in seven innings -- the second highest -- which included an unbeaten 159, and also broke the record for the most catches by an Indian stumper in a Test series with 20 catches in the four Tests.

"He will be a superb player for India in the future. He has been so good in the series and in future also he will shine," Ganguly said.

On highest run-getter Cheteshwar Pujara and joint-most wicket taker Jasprit Bumrah, Ganguly said they were the main weapons for Kohli.

"Bumrah and Pujara were simply brilliant. They played big roles behind the win," Ganguly added.