Even in that defeat against England, South Africa showed that they have the resources to justify their tag as one of the favourites behind England, India and Australia. 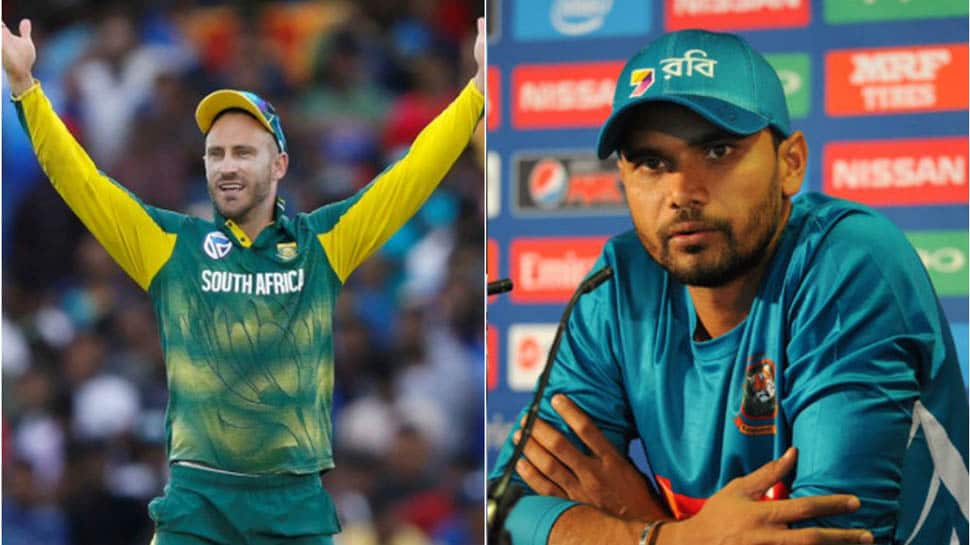 LONDON: Bangladesh will be facing a bruised South African side in their World Cup opener on Sunday at The Oval in London. The Proteas were condemned to a 104-run defeat largely due to England`s ability to use the conditions better and the combined brilliance of Joffra Archer and Ben Stokes.

While they could do little about the latter, South Africa will have learnt more about using the conditions which only makes Bangladesh`s task all the more difficult. Even in that defeat, South Africa showed that they have the resources to justify their tag as one of the favourites behind England, India and Australia.

Quinton de Kock looked good in his knock of 68 and the bowlers performed well enough to make it look like South Africa could win the match at the end of the England innings. Faf du Plessis and Aiden Markram fell to Archer while Hashim Amla was forced to retire hurt due to a bouncer from the 24-year-old but the three batsmen have done enough in international cricket to make it foolhardy to discount them on the basis of their performance in that match.

Bangladesh were given an injury scare on Friday when Tamim Iqbal had to leave the nets after being struck by the ball on the left wrist. Tamim averages 50.71 in seven ODIs played in England and this includes scores of 128 and 95 in the first two matches of the 2017 Champions Trophy.

Additionally, they are monitoring the fitness of captain Mashrafe Mortaza who has a hamstring issue and ace pacer Mustafizur Rahman who has been struggling with his calf. Mahmadullah has been nursing a shoulder injury while all-rounder Shakib Al Hasan suffered a back spasm recently, although the latter is expected to be fully fit for the game.