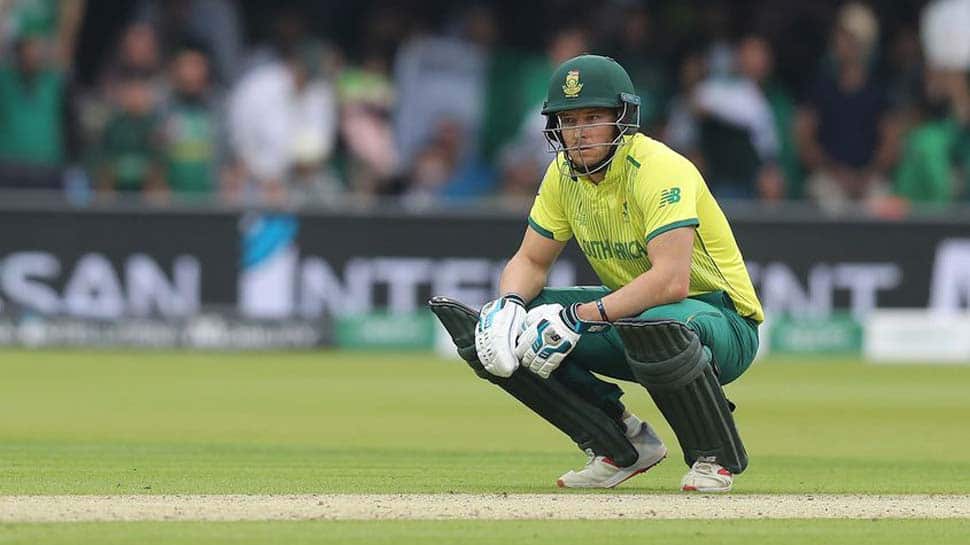 So far, no South African batsmen has scored a century, with the highest, a pair of 68s from Quinton de Kock, against England and Afghanistan, and Miller hopes that will change before the tournament ends.

“As a batting unit, we’ve had starts and we haven’t kicked on and it’s happened throughout the competition,” Miller said, after South Africa’s 49-run loss to Pakistan at Lord’s.

“All the batters have got starts and not finished the job. We haven’t had enough hundred partnerships or fifty partnerships and you’re not going to win games of cricket like that.”

De Kock and Hashim Amla have shared in South Africa’s only century-stand, 104 runs in their victory against Afghanistan, but bigger partnerships have eluded South Africa.

Miller put that down to lack of execution, especially when considering his own performances. “I’ve scored four 30s.

“Two of them have been at the back end, trying to go for it and the other two, I feel like I could have put in two big performances there. On self-reflection, it has been quite disappointing.”

Miller was dismissed in the 36th over in both his 38 against Bangladesh and 31 against India, the two occasions where he feels he could have kicked on.

He also scored 36 against New Zealand, where he was dismissed in the 45th over trying to take South Africa to above 250 and 31 against Pakistan, where he was out in the 41st over, trying to push the chase towards 309.

In a bid to score big runs as quickly as possible, Miller admitted he sometimes gets it wrong but said that can’t be helped in a format where luck can play a deciding role. “The margins are really small. It’s a split second here or there when you could be caught. On another day, that could be six,” he said.

And because the difference between success and failure is so tiny, Miller believes South Africa are not far away from turning things around. “It’s difficult for people to believe that we are very close. The guys are starting well but not continuing with that pressure,” Miller said.

Though Miller’s captain, Faf du Plessis said some players’ self-belief has taken a knock, Miller ruled himself out of that group and said he hopes to prove his worth before the campaign comes to a close.

He added: “I don’t feel like my confidence is low. For me, personally, it's been lack of execution. We haven’t won so you start looking at a lot of different things where we could have done better.

“Ultimately, we’ve been really close and when you are playing at the highest level, the margins are so small. We are doing the right things, we are just not extending it and we’re not winning games due to that.”

South Africa’s next match is against Sri Lanka at Chester-le-Street on Friday.

ICC World Cup 2019: Imran Tahir proves that age is no boundary for skill and enthusiasm