India one of the strongest team in the world, believes Rassie van der Dussen

South African batsman Rassie van der Dussen has called Team India as one of the strongest sides in the world, while Dhawan, Rohit and Kohli as 'world-class players'. 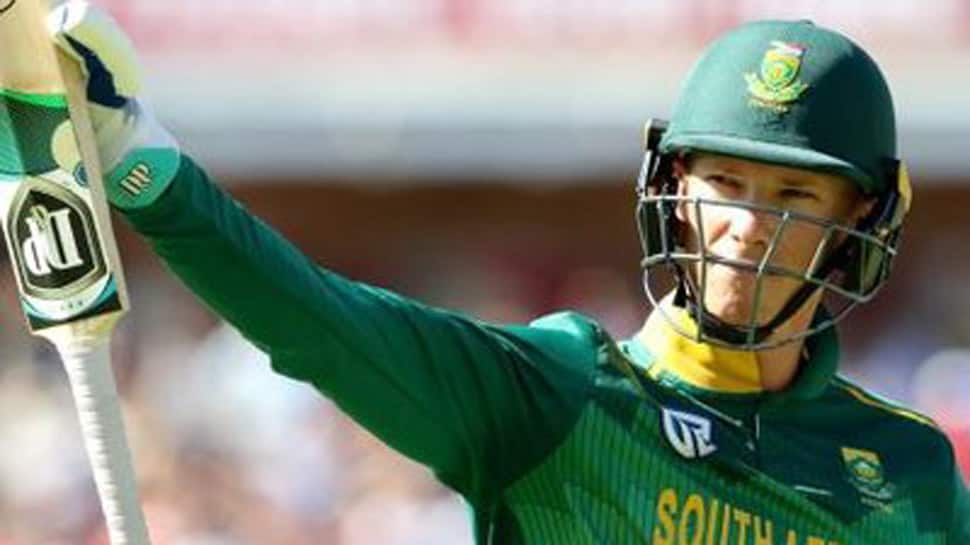 Bengaluru: As India and South Africa get ready to face off each other in the final T20I of the three-match series, Proteas batsman Rassie van der Dussen termed team India as one of the `strongest` sides in the world.

"We came here we knew its gonna be tough. India obviously is one of the strongest teams in the world and we are embracing that challenge," Rassie told reporters.

The first T20I was abandoned due to rain but after winning the second T20I, India took a 1-0 lead over South Africa in the three-match T20I series.

"Unfortunately the first game was washed due to rain but we have got one more chance to level the series," Rassie said.

In the second T20I, South Africa just scored 23 runs in the last three overs and fell 10-15 runs short of the par score.

"Credit must go to the way Indian bowlers bowled in the final overs. We didn`t capitalise and fell 10-15 runs short, 165 would have been a nice score," Rassie said. "Last game didn`t go well but we have learnt a lot of lessons and we are definitely better prepared for this time," he added.

Team India consists of many young bowlers for the South Africa series, however, Rassie said that many players have the experience of playing T20 cricket if not international.

"They are inexperienced in terms of international cricket but we do know they have played T20 cricket, especially in their own conditions," the South African batsman said.

Talking about the trio of Dhawan, Rohit and Kohli, Rassie said, "Those guys are world-class players and probably the best T20 batters. Virat and Rohit are leading runs scorers and its a great challenge for us."

The full Proteas squad for three-match T20I series against India: