Leach has bagged 34 wickets at an average of 29.02 in 10 matches he has played for England in the longest format of the game. 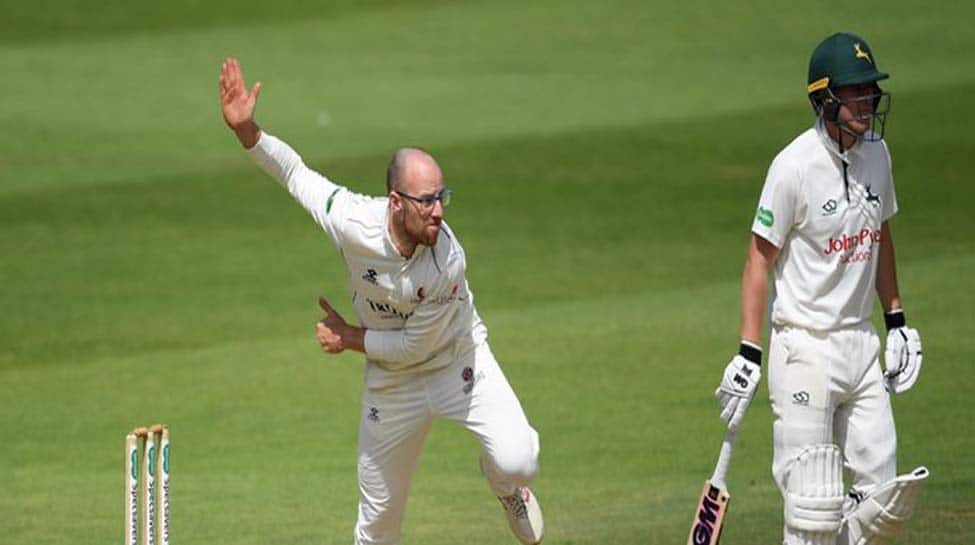 After run of injury and illness as well as coronavirus crises forced him out of action, England's Jack Leach is keen to be back on the field and reclaim his role as the side's first-choice spinner ahead of the upcoming series against West Indies.

Three months after the game was suspended due to COVID-19 pandemic, the international cricket is all set to resume with the three-match Test series between England and West Indies from July 8.

Leach suffers from Crohn's Disease--a condition that inflames the gut--and a dreadful run of illness during the national side's winter tours of New Zealand and South Africa saw him lose his place to Somerset's Dom Bess.

However, Leach is well-aware of the competition for places in the England Test squad and is now looking forward to work hard to make his way back to the team ahead of the series against Caribbean side.

Admitting that there is a lot of competition throughout the squad, Leach said that all of them will work together to give their best and then it will be up to the selectors to choose the ones they want.

"We've got five really good spinners.It feels like there's everything to play for. There's lots of competition throughout the squad and spin is no different. It's about us all working together to be at our best. It's up to the selectors and not up to us who takes that spot, but I'm so glad to see Mo back as well. When he's at his best, he's an unbelievable player," the ICC official website quoted Leach as saying.

Leach further said that he wants to take inspiration from his performance with the bat against Australia in Ashes Test in Headingley and is keen to apply the similar kind of focus in his bowling in order to attain success.

"I pride myself on my bowling, because that's why I've been picked in the team - I want to be bowling teams out on the last day, and remembered for that - but obviously everyone wants to talk about Headingley, and it'll be hard for people not to remember that," Leach said.

"I think back to when I was out there with Stokes, and how focused I felt.It was a simple focus on what I was trying to do, and I want to apply that to my bowling as well - find that headspace where I can give my absolute best. I'll be in the team longer if I bowl well, but if I keep getting remembered for batting innings, I'll take that because I'll be doing something right if I'm playing a lot," he concluded,

Last year, Leach opened the batting for Engaland against Ireland and smashed a match-winning 92 runs as a nightwatchman.He then also gave an invaluable last-minute support to Ben Stokes during England's Ashes Test win at Headingley Oval.

The left-arm spinner has also bagged 34 wickets at an average of 29.02 in 10 matches he has played for England in the longest format of the game.