Khan said that Pakistan is now as safe as any other cricket playing nation and security has improved. 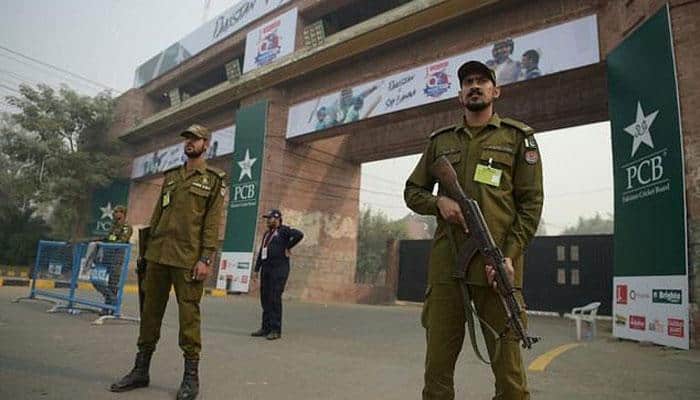 Lahore: A four-member high-powered Sri Lanka Cricket security delegation led by secretary Mohan de Silva will visit Pakistan from August 6 to 9 to inspect and discuss matters related to safety ahead of its cricket team`s tour of Pakistan.

The four-member team will visit National Stadium in Karachi and Gaddafi Stadium in Lahore on August 7 and 8, respectively. The delegation will also receive security briefings and presentations from the local law enforcing agencies and experts, Pakistan Cricket Board (PCB) reported.

"This is an important visit of Sri Lanka Cricket that will not only form the basis of their cricket team`s upcoming tour of Pakistan in October but will also potentially open doors for the complete revival of international cricket in Pakistan," PCB Director - International Cricket, Zakir Khan said.

Khan said that Pakistan is now as safe as any other cricket playing nation and security has improved.

"The PCB firmly believes Pakistan is now as safe as any other cricket playing nation. The security situation has improved tremendously in the recent past and hosting eight Pakistan Super League 2019 matches in Karachi - attended by 39 foreign internationals - is a testament to this statement," he said.

"The foreign stars not only praised security arrangements in Karachi but also appreciated the playing facilities as well as Pakistan`s hospitality," he added.

Pakistan is set to host Sri Lanka for two Tests, that are part of the ICC World Test Championship, in October. Khan also said discussions on the series will start after Sri Lanka Cricket security delegation submits their inspection report to its management.

"We are optimistic that we will be able to convince Sri Lanka to play both Tests in Pakistan but formal discussions will only begin after the SLC security team have provided their feedback and assessment to the SLC management," Khan added.

Cricket Australia and England and Wales Cricket Board (ECB) are scheduled to visit Pakistan in September and October to commence discussions on their 2021 and 2022 tours, respectively.