Australia will begin their title defense at the ICC World Cup with a clash against Afghanistan on June 1. 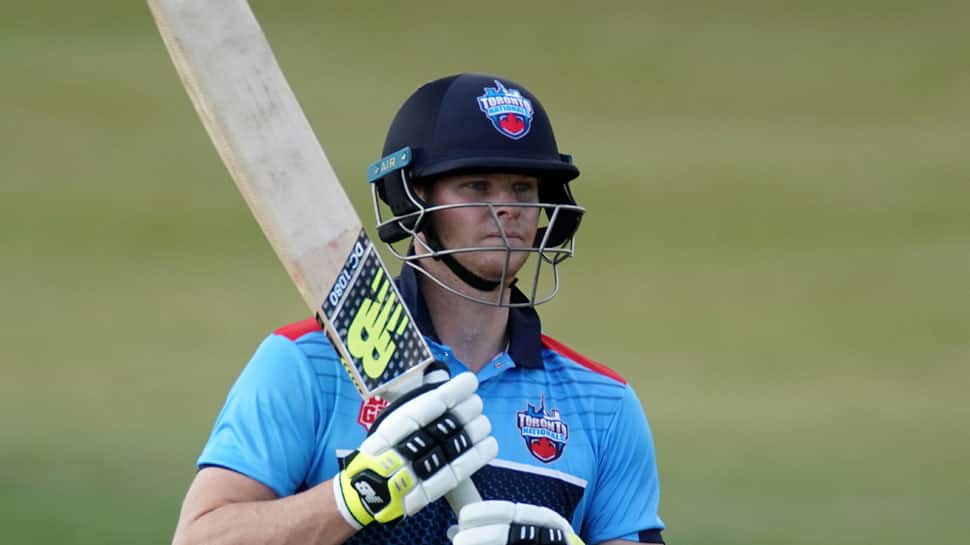 Swashbuckling Australian batsman Steve Smith, who has been named in the 15-member national squad for the 2019 International Cricket Council (ICC) World Cup, has revealed that he is just two weeks away from complete recovery from an elbow surgery which he underwent earlier this year.

Former skipper Smith is all set to make a return to the international arena after serving his one-year ban for his role in the ball-tampering scandal that took place in South Africa in March 2018.

In January, Smith was forced to make a return from the Bangladesh Premier League (BPL) due to an elbow surgery. Subsequently, he underwent surgery to treat his elbow and was required to be in a brace for six weeks.

However, Smith on Saturday allayed fitness concerns and form ahead of the ICC World Cup by scoring a match-winning knock for his side Rajasthan during their clash against Rohit Sharma-led Mumbai at Sawai Mansingh Stadium in Jaipur.

A few hours ahead of the clash, Smith replaced Ajinkya Rahane as the new skipper of Rajasthan and he responded to his appointment with an unbeaten knock of 59 off just 48 balls to help his side clinch a much-needed five-wicket win over Mumbai.

Following the clash, Smith revealed that he is still facing a few issues while throwing, but he is hopeful of getting fit in time for the mega event.

"I still have to play quite heavily strapped, there's still a few issues with throwing, but I am getting there slowly.I can't throw full tilt yet but in a couple of weeks I should be able to throw at full pace, which is going to be nice," cricket.com.au quoted Smith as saying.

Smith, who has notched up a total of 245 runs in seven IPL games he has played so far at an average of 49, further said that he feels he is hitting the ball much better now and that his decision-making ability has also improved a lot ahead of the World Cup.

Australia will begin their title defense at the ICC World Cup with a clash against Afghanistan on June 1.