Steve Waugh sings praises for Anil Kumble, had this to say

Waugh dubbed Kumble as the 'Rahul Dravid' of the Indian bowling line-up. 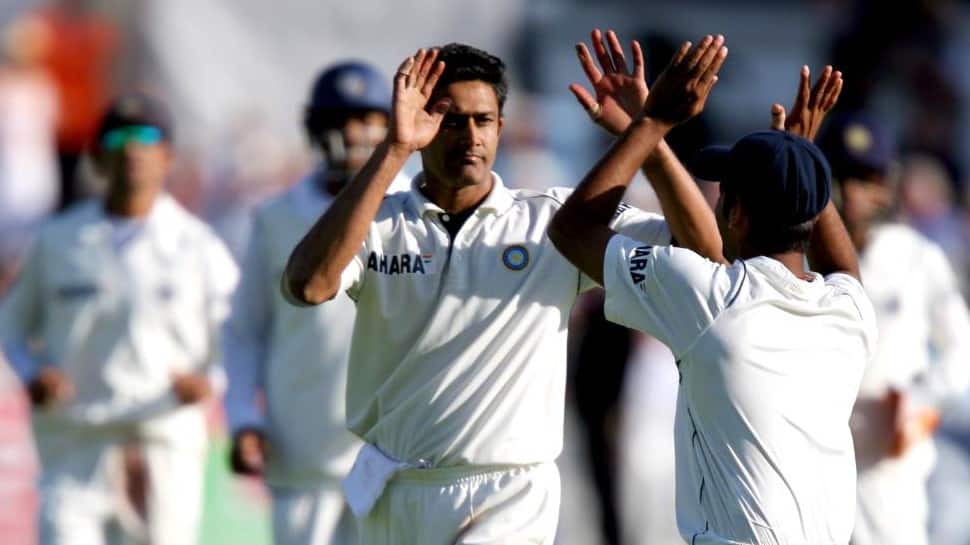 Former India captain Anil Kumble and his Australian captain Steve Waugh never gave each other an inch when battling each other on the pitch in their playing days. But there is mutual admiration among the two legends of the game as Steve Waugh highlighted once again.

Waugh dubbed Kumble as the 'Rahul Dravid' of the Indian bowling line-up referring to the fact that the former India leg-spinner was a fierce competitor like Dravid. In a video posted by cricket.com.au, Steve Waugh explained why Anil Kumble was a special bowler. "He (Anil Kumble) was a fierce competitor. He was always at you and never gave you an inch. I can't remember him bowling poorly against us. He was a bit like Dravid of their bowling lineup. The captain knew what they were going to get from him. He was there all the time," Steve Waugh said.

'He never gave you an inch'

"I don't think I played anyone who enjoyed playing for the country as much as he (Anil Kumble) did. It was everything to him. We certainly didn't play him as a leg-spinner. We played him more like a slow in-swing bowler," Steve Waugh recalled.

"He had a great change of pace. It was all about variations, use of the crease. He sort of mixed it up a bit. Anything in the wicket like a bit of rough or unevenness, and he was more than a handful," Steve Waugh the former Australian captain added.