The final of the World Cup 2019 had everything a sports lover could have asked for. Both England and New Zealand gave their all to lift their maiden World Cup trophy on Sunday. 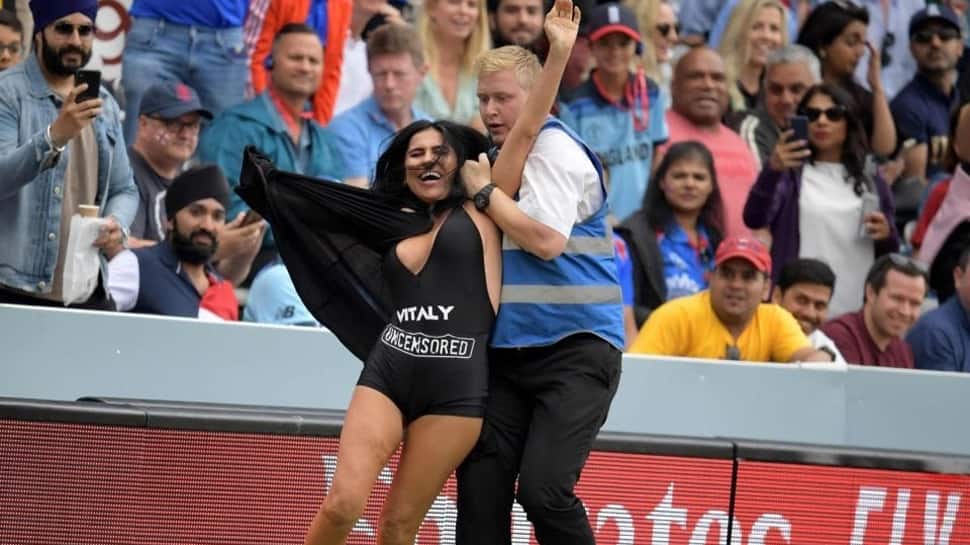 London: The final of the World Cup 2019 had everything a sports lover could have asked for. Both England and New Zealand gave their all to lift their maiden World Cup trophy on Sunday.

The scores were leveled twice in the game -- one after the allotted 100 overs and the other after the Super Over. In the end, it was the superior boundary count which saw the Three Lions have their hands on the coveted trophy.

However, apart from all the breathtaking cricketing action, there were other moments too, which grabbed eyeballs during the summit clash of the 2019 World Cup.

One such moment happened during the course of the New Zealand inning when the score read 45/1. A pitch invader was stopped from entering the field of play at the Home of Cricket. The woman, identified as Elena Vulitsky, who is the mother of YouTube prankster Vitaly Zdorovetskiy, was stopped outside the boundary by the stewards as she attempted to enter the field of play.

The woman was pictured wearing a clothing with the advertisement for an adult website "Vitaly Uncensored".

The website is run by Zdorovetskiy who tweeted the photo of his mother being caught with the caption "My mom just tried to Streak The Cricket World Cup," and added: "My mom is crazy!!!!!" in a separate tweet.

Zdorovetskiy's girlfriend had earlier made headlines with her pitch invasion during the Champions League final in Madrid.