Yuzvendra Chahal and MS Dhoni, named as the man of the match and man of the series respectively, received USD 500 each for their performances which were further donated to charity. 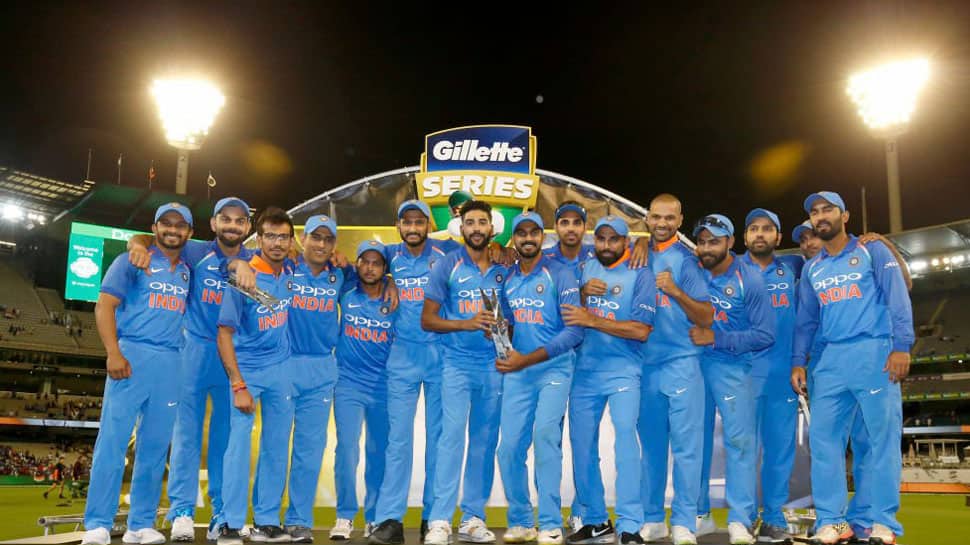 Legendary Indian cricketer Sunil Gavaskar on Friday, criticised hosts Australia for not honouring India who recorded a historic ODI series triumph with any cash award, stating that the players deserved to be provided a share of the revenue generated by them.

Yuzvendra Chahal and MS Dhoni, named as the man of the match and man of the series respectively, received USD 500 each for their performances which were further donated to charity by the players.

The victorious Indian team was handed the winner's trophy by former Australian batsman Adam Gilchrist, with Gavaskar criticising the paltry sum provided to Chahal and Dhoni as reward for their performances.

"What is USD 500 and it's a pity that the team has got only a trophy. They (organisers) earn so much money through broadcast rights. Why can't they give good prize money to the players? After all, players are the sole reason for the sport getting huge money (from sponsors)," PTI quoted Gavaskar as saying.

"Look at the prize money being given away at the Wimbledon (Championships). It's phenomenal. The players are key in generating money, so they must be rewarded handsomely," he added.

Leg-spinner Yuzvendra Chahal played a key role in the victory, recording the best bowling figures by a spinner in an ODI clash in Australia.

Chahal picked six wickets while conceding just 42 runs at the MCG, registering a dominant performance against the hosts, in a crucial clash. He also became the first spinner to pick six wickets in an ODI in Australia.

Veteran MS Dhoni, who delivered a match-winning performance in the second ODI, stepped up with a quality knock yet again following an early dismissal for the openers and skipper Virat Kohli.