This is Mumbai's first win in the Super League stage after they suffered a defeat in their opener against Karnataka. 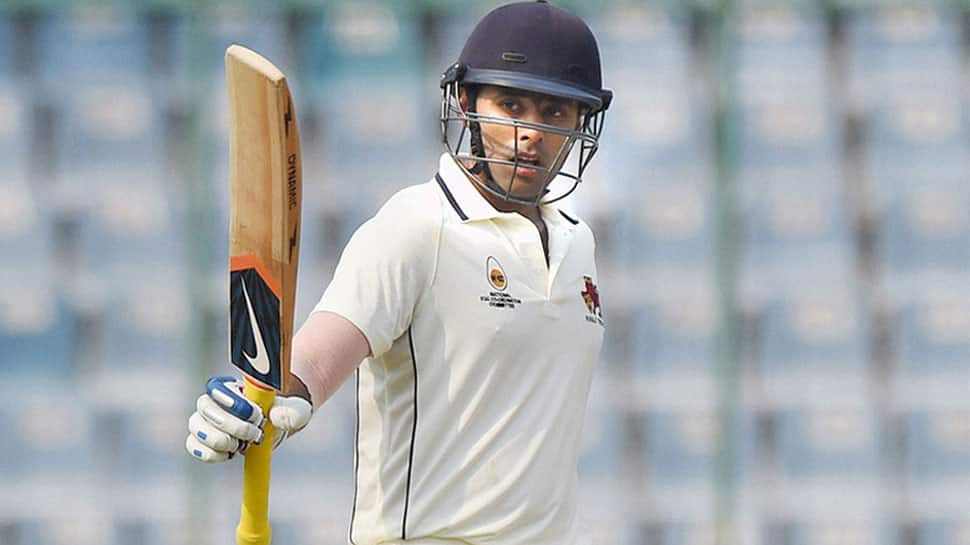 Domestic giants Mumbai thrashed Delhi by 8 wickets in their Super League Group B match of the Syed Mushtaq Ali Trophy on Saturday.

This is Mumbai's first win in the Super League stage after they suffered a defeat in their opener against Karnataka.

Put into bat at the Emerald Heights International School Ground, the Mumbai bowlers led by medium-pacer Tushar Deshpande (4-19) delivered a splendid performance to restrict Delhi to 144/7 in their allotted 20 overs.

However, pacer Tushar Deshpande broke the stand removing Chand and also sent skipper Nitesh Rana (0) back to the pavilion.

Akash Parkar stuck immediately after removing Shorey with Delhi in a spot of bother at 66-4.

Himmat Singh (24) and Lalit Yadav (33), with their knocks, then ensured that Delhi had a respectable total on the board.

Mulani (1-18) and Parkar (1-22) provided valuable support to Deshpande for Mumbai.

While chasing, Mumbai lost out-of-form opener Prithvi Shaw (3) in the third over.

However, then skipper Shreyas Iyer (53 not out off 47 balls) and Jay Bista (39 off 33 balls) conjured 57 runs for the second wicket and took the game away from Delhi.

After Bista departed, Surya Kumar Yadav (42 not out off 26 balls) took Mumbai home in the company of Iyer, who struck five fours and a six. Surya hit three boundaries and two sixes.

With this win, Mumbai collected all four points.

Meanwhile, in their Super League Group B match, Karnataka recorded their second successive win after defeating Uttar Pradesh by 10 runs.

Asked to bat first, Karnataka posted a total of 149/6 in their allotted 20 overs.

Later their bowlers led by right-arm medium pacer Koushik V (3-22) dished out a clinical performance to restrict Uttar Pradesh to 139/8 and emerge triumphant.

Meanwhile, Maharashtra rode on skipper Rahul Tripathi's unbeaten 60 as they chased comfortably the 139- run target against Bengal in their Super League Group A match. Maharashtra grabbed four points from the game.

In the final Super League Group A game of the day, Jharkhand defeated Railways by five wickets.

Fifties by opener Anand Singh (53) and Virat Singh (50 not out) helped Jharkhand to chase the 136-run target in 19 overs.