MS Dhoni, regarded as one of India’s best-ever captains, led an ageing CSK brigade to its fourth IPL title, beating Kolkata Knight Riders by 27 runs in the IPL 2021 final on Friday night. 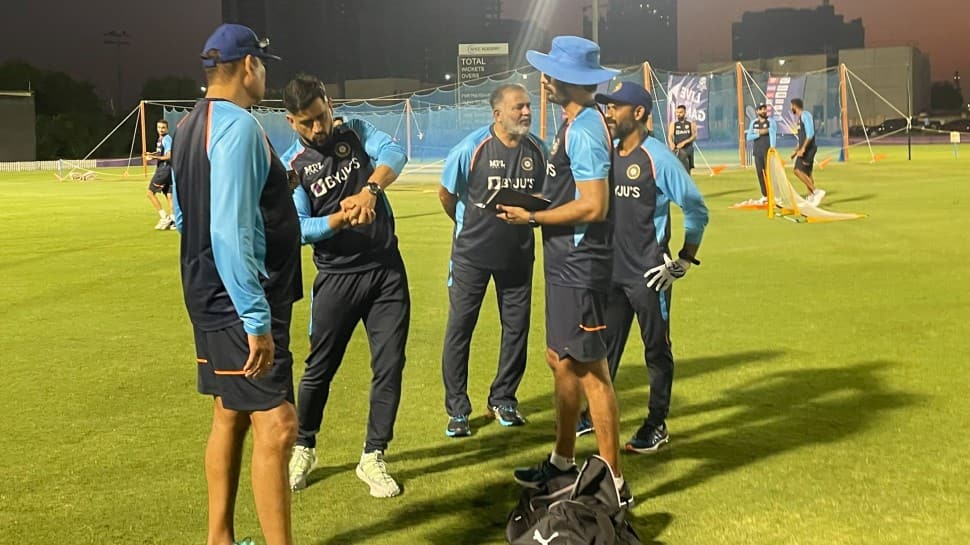 “Extending a very warm welcome to the KING Crown @msdhoni is back with #TeamIndia and in a new role!” the BCCI tweeted with two pictures of the legend alongside Team India coaching staff, including head coach Ravi Shastri, bowling coach Bharat Arun and fielding coach R Sridhar.

Extending a very warm welcome to the KING @msdhoni is back with #TeamIndia and in a new role! pic.twitter.com/Ew5PylMdRy

Dhoni, regarded as one of India’s best-ever captains, led an ageing CSK brigade to its fourth IPL title, beating Kolkata Knight Riders by 27 runs in the IPL 2021 final on Friday night. The 40-year-old Dhoni’s new role as mentor of Team India is limited to the T20 World Cup.

India will play two warm-up matches before they begin their campaign. The Virat Kohli-led side will take on England in their first warm-up clash on Monday and then face Australia in another practice game on Wednesday.

India will open their campaign in the tournament proper with a much-anticipated clash against arch-rivals Pakistan in Dubai on October 24.

“Massive experience. He is quite excited about getting back in this environment. He has always been a mentor for all of us, when we were starting our careers at the time he played and now he has the same opportunity to continue the same again. Especially for the younger guys who are in early stages of their career, just experience that he has gained over the years and having conversations with him about the game,” said Kohli during a captain’s call organised by the International Cricket Council (ICC) ahead of the T20 World Cup.

“Such practical inputs and such intricate details of where the game is going and where we can improve. He makes a difference when he is in a leadership role in any team, absolutely delighted to have him in this environment. He will certainly boost the morale of the team further,” he added.