MS Dhoni with skipper Virat Kohli and coach Ravi Shastri have major decisions to make as they prepare team India for the coming T20 World Cup right after the IPL. 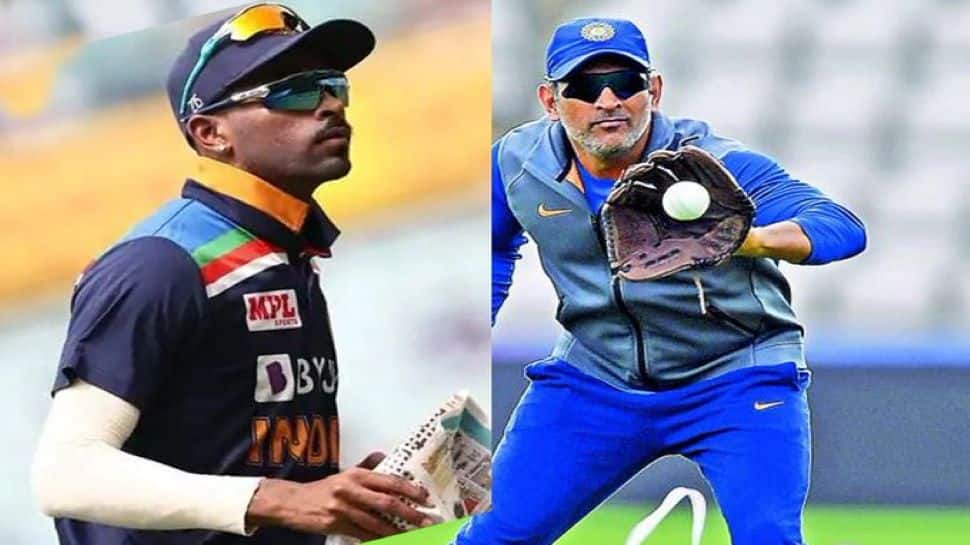 New Delhi: While Suryakumar Yadav and Ishan Kishan`s form in Mumbai Indians` match against SunRisers Hyderabad in the IPL on Friday would have given the Indian team management much joy ahead of the T20 World Cup, all-rounder Hardik Pandya`s inability to bowl and spinner Varun Chakaravarthy's fitness is still a major worry and looks like mentor MS Dhoni will once again be skipper Virat Kohli`s go-to man when it comes to deciding on the duo`s fate.

Speaking to ANI, sources in the know of developments said while Varun`s fitness isn`t a huge concern -- as he will only need to bowl four overs and can be used judiciously -- Hardik`s position becomes crucial to team composition and it will once again need Dhoni to sit down with Kohli, Rohit Sharma and head coach Ravi Shastri to take a call on the road ahead.

"See, Dhoni in his initial years as the skipper had to face the situation that Kohli might face when it comes to the fitness of Varun. You need to find options when the player in question is a match-winner and there is no doubt that Varun`s four overs can turn matches. Dhoni`s input will certainly be crucial in this situation and his past experience should help. But the bigger concern is Hardik as he is an altogether different player when he can bat and bowl. Imagine having two match-winning all-rounders in the form of Hardik and Ravindra Jadeja. But the same Hardik becomes slightly less effective if he can`t bowl and the team composition needs a rethink in that case," the source said.

EXCITEMENT AWAITS! Mentor Singh Dhoni begins his tenure in the blues with a new role this time. His experience will play a key role to crack the white ball code.

Asked if Hardik will be considered only as a batsman when it comes to the playing XI, the source said this is an area that will see the likes of Dhoni, Kohli, Rohit and Shastri getting together and taking the call.
"Does he have the ability to win you games as a finisher? Yes, he does. But would you play him purely as a finisher or a lower-order batsman? This is where the role of a mentor like MSD becomes all the more crucial. He has seen Hardik grow as a cricketer and his input will be important as the middle-order would need the experience of someone like Hardik who has played in showpiece events."

"If you look at the current middle-order, you have an in-form Surya and Ishan, but they haven`t played in showpiece events and the pressure that a World Cup can bring is unthinkable unless you are out in the middle," the source explained.

Asked about the exact issue facing Hardik, the source said: "You have to understand that there are certain muscles and tissues that he has used in his body while bowling over the last decade or even more. Now, with the surgery and the slight tweak in action, his muscles and tissues might be taking more time to adapt to the new process. It is something that can happen to any sportsperson."

"The input of the Indian physio will also be crucial now that Hardik enters the Indian team bubble. So far, he was being monitored by the MI physio. It is a different thing to watch videos and see someone live. I believe the physio`s input could play a key role in Hardik`s case."