Take the ball or they will say I am retiring: MS Dhoni jokes with Sanjay Bangar

Before heading into the ODI series, there were question marks hanging over Dhoni’s selection in the national squad. 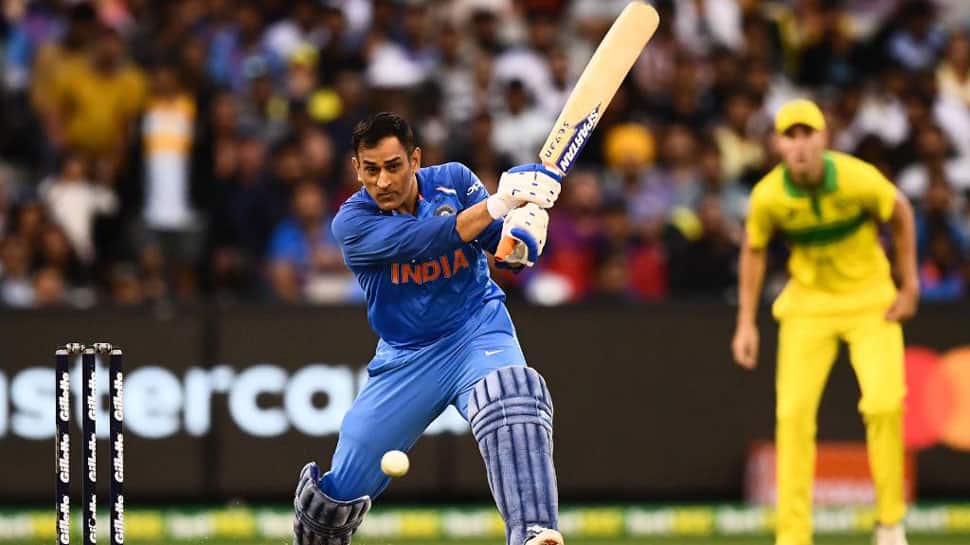 Indian wicketkeeper-batsman Mahendra Singh Dhoni once again silenced his critics when he guided India to their maiden bilateral ODI series win in Australia and finished almost two-month long tour Down Under as the top scorer recently.

Before heading into the ODI series, there were question marks hanging over the former captain’s selection in the national squad. However, he somehow managed to shut the same by remaining not out for the second match in succession and helping the Men in Blue end the Australian tour with a 2-1 series triumph.

Dhoni was declared Man of the Series after he struck a quality knock of 87 runs off 114 deliveries batting at No.4 besides also sharing a crucial stand of 121 runs with Kedar Jadhav (61 not out) to help India cross the target of 231 runs with four balls to spare and secure a seven-wicket win in the third and final ODI.

In a video posted by cricket.com.au on Twitter of India's celebration after the win , Dhoni can be seen carrying the match ball and handing it to batting coach Sanjay Bangar.

He can also be heard saying in the video, “Ball lelo nahi to bolega retirement le rahe hain (take the ball or they will say I am retiring)" as he refers to an incident from last year when he was rumoured to be retiring from the game.

Another chance for Team India to celebrate on their Aussie tour! #AUSvIND pic.twitter.com/7D53QNX6hs

The incident which Dhoni was referring dates back to India’s tour to England in July 2018 when Dhoni asked for the ball from the umpires after his side lost the third ODI  in Leeds.

Following the video of the same had surfaced, rumours started making the rounds that one of the most successful Indian skipper was bidding adieu to international cricket.

Dhoni finished as the highest Indian run-getter in the series with a total of 193 runs in three games, including three half-centuries, at a staggering average of 193. With this, he has also affirmed his credentials for the 2019 World Cup and would look to continue his good form when India head into the five-match ODI series against New Zealand, beginning January 23 at McLean Park.