Nayeem Hasan and Yasir Ali Rabbi had been included as standby players in the Masrafe Mortaza-led squad. 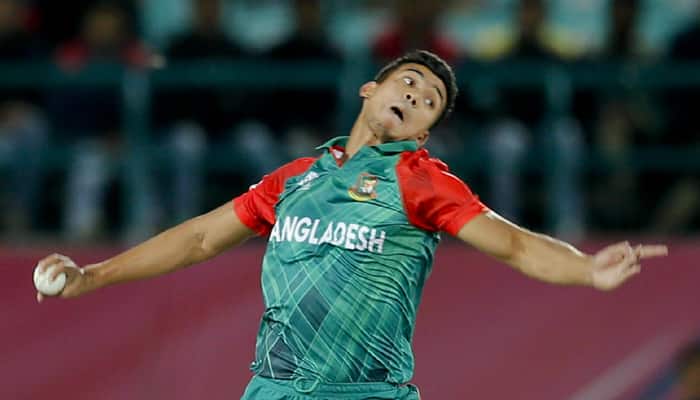 Fast bowler Taskin Ahmed, who played his last 50-over match for Bangladesh in October 2017, has been added to the ODI squad for the upcoming tri-nation series against hosts Ireland and West Indies.

The 24-year-old was not named in the initial ODI squad of 15 which was announced alongside the West Indies squad for the International Cricket Council (ICC) World Cup because of his recent injuries.

Taskin, who also failed to get a node in Bangladesh's World Cup squad, is still recovering from an ankle injury which he sustained during a Bangladesh Premier League (BPL).

Though the pacer was advised a rest of three weeks alongside a rehabilitation programme, he returned to the game during the recently-concluded Dhaka Premier League.

Besides Taskin,  all-rounder Farhad Reza has also been included for the upcoming tri-series, beginning May 5.

Reza, who made his last international appearance in 2014 and last ODI appearance in 2011, seemed to have got the node on the back of his brilliant performance in the Dhaka Premier League. He finished as the highest wicket-taker in the tournament with a total of 38 wickets from 16 games.

Meanwhile, Nayeem Hasan and Yasir Ali Rabbi had been included as standby players in the Masrafe Mortaza-led squad.

IPL 2019, Kolkata vs Mumbai Highlights: As it happened