There were speculations that Dhoni might bid adieu to the international cricket after the conclusion of India's campaign at this year's edition of the marquee event. 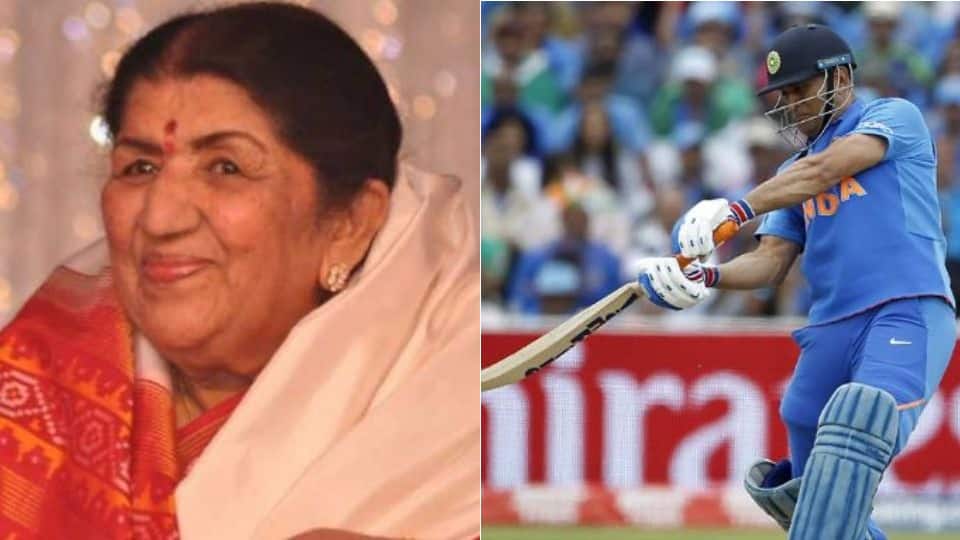 While there have been calls for Mahendra Singh Dhoni to retire from all formats of the international cricket after India's exit from the 2019 International Cricket Council (ICC) World Cup, legendary singer Lata Mangeshkar has urged the wicketkeeper-batsman to not even consider hanging up his boots.

There were speculations that Dhoni might bid adieu to the international cricket after the conclusion of India's campaign at this year's edition of the marquee event.

In fact, a number of voices from across various platforms have also been asking Dhoni to bid adieu to the game after his another slow paced innings during Team India's narrow 18-run defeat against New Zealand in the semi-final of the tournament at the Old Trafford in Manchester.

However, the Nightingale of Bollywood took to her official Twitter handle urging the wicketkeeper-batsman to not even think of retiring from the international cricket as the Indian cricket team needs him and his game.

Coming to bat at No.7 position when India were reeling at 71/5 in their chase of 240 runs, Dhoni initially attempted to stitch a partnership with all-rounder Hardik Pandya (32) adopting a cautious attitude.

After Pandya's dismissal, the wicketkeeper-batsman shared a crucial partnership of 116 runs with all-rounder Ravindra Jadeja to help India push their way back into the game after looking down and out at one stage of the match. Dhoni finished with a valiant 50 off 72 balls in what was his last World Cup innings while Jadeja with a significant knock of 77 but India eventually fell 18 runs short of the target.

Dhoni, who was left devastated after being run out in the 49th over of India's chase against New Zealand, had led the Men in Blue to glory in T20 World Cup 2007 and World Cup 2011.