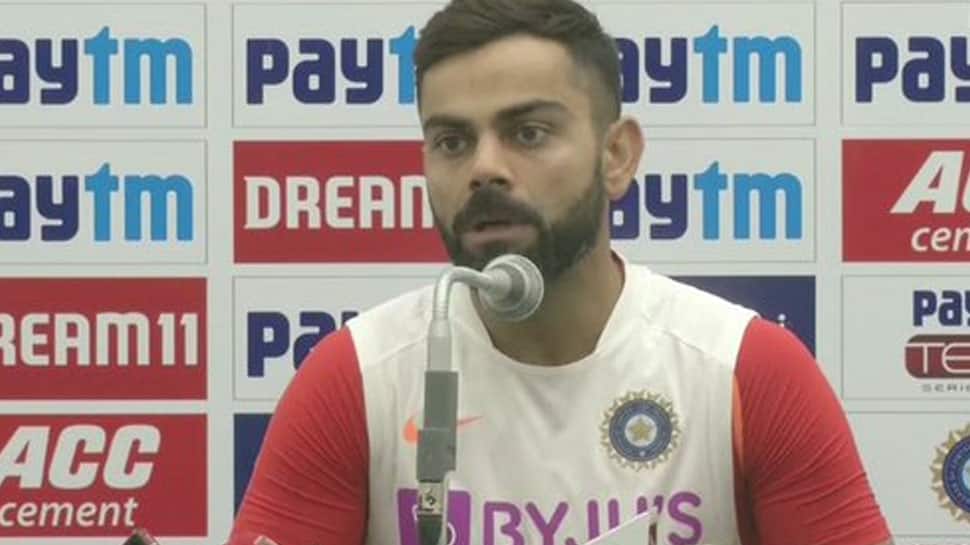 INDORE: As Team India aims to maintain their supremacy in the World Test Championship rankings after a thumping victory against South Africa recently, Skipper Virat Kohli on Wednesday said that his side is not taking opponent Bangladesh lightly.

Addressing a press conference, Kohli said, ''We will not take any batsman or bowler from Bangladesh lightly. When they play well, they can be a very skilful team.''

India is set to take on Bangladesh in the first Test of the two-match series beginning Thursday at the Holkar Stadium in Indore. Of the two Test matches, the second will be a day-night match.

''I think it's a new way to bring excitement in test cricket. You require extra concentration to pick the pink ball suddenly when you are playing with red ball,'' the Skipper added.

''The trust and camaraderie in this team is pushing them forward,'' Kohli said while praising his side for their fighting spirit and team's recent success.

Speaking about the bowling unit, the 31-year-old batsman said that the bowlers love bowling together and that has turned out to be their biggest strength.

India have won each of their first five Tests in the World Test Championship so far and have played according to their No 1 ranking in the red-ball cricket.

They are currently at the top of the points table with 240 points.

The two Tests against the ninth-ranked Bangladesh team will provide yet another opportunity for the new opening combination of Rohit Sharma and Mayank Agarwal to establish themselves further.

Both Both Sharma and Agarwal have aggregated 829 runs together in three Tests against the Proteas last month.

Skipper Kohli, who is back with the team after taking a short break from cricket, remains the biggest threat for the visitors.

Kohli had scored a double ton against South Africa last month and will look to cash-in on the innings he would be playing against the Bangla Tigers.

Besides, Ajinkya Rahane and Cheteshwar Pujara are currently in good form and thus it would be an uphill task for Bangladeshi bowlers to put pressure on the Indian batters.

Team India is likely to rely on Wriddhiman Saha over Rishabh Pant with the wicket-keeping duties.

For the Bangladesh team, which will be playing without their experienced duo of Shakib al Hasan and Tamim Iqbal, the two-Test matches will provide an opportunity to test the young players.

The visitors, who came out with a remarkable performance in the T20I series, would seek inspiration from their new skipper Mominul Haque, who was their standout batsman last year, with 673 runs from 15 innings, including four hundreds.